HomeMilitaryArmy Ranger Hospitalized After “Having Balls Literally Smoked Off” 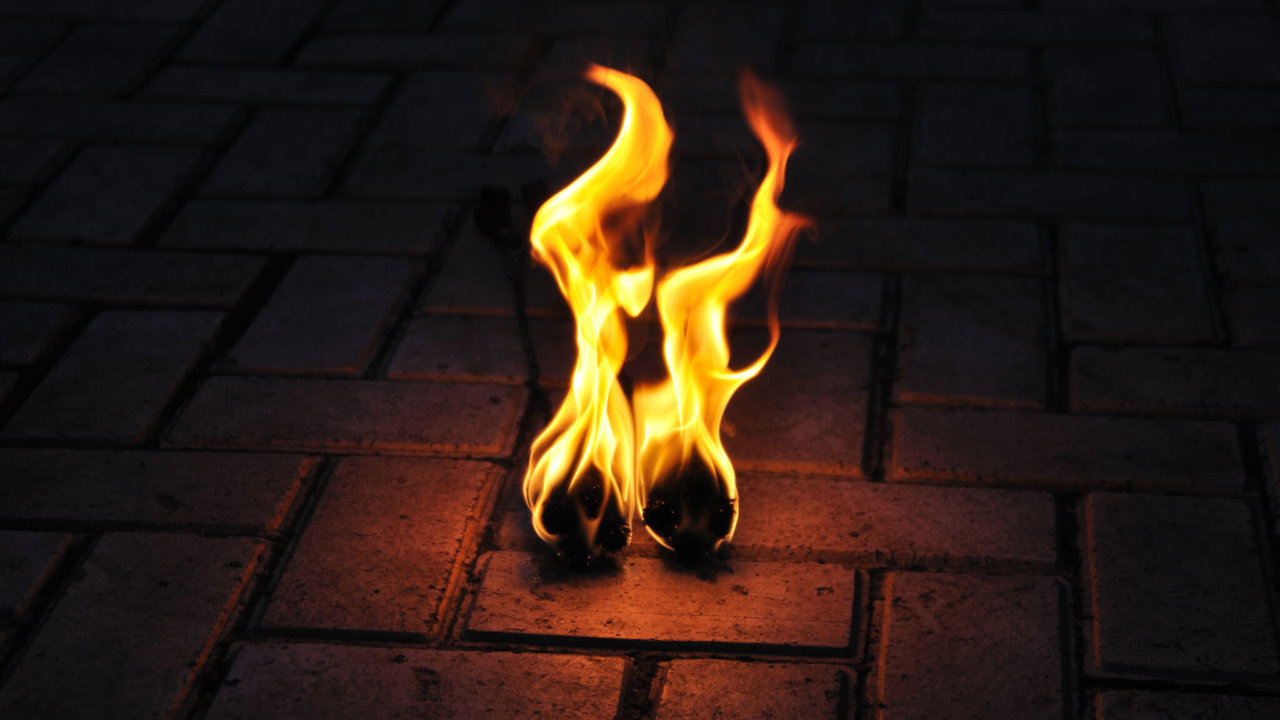 JOINT BASE LEWIS-McCORD – A U.S. Army Ranger was admitted yesterday to Madigan Army Medical Center after a lengthy corrective physical training session, commonly known as a “smoke session,” went awry. The soldier was rushed into the emergency room with the crotch area of his trousers drenched in blood and his testicles in a 7-11 Big Gulp cup filled with ice.

“I’ve seen cases of women cutting off their husband’s penis after they caught them cheating,” said Dr. Richard Cox, Emergency Room Surgeon, “but I’ve never seen anything quite like this. He was literally smoked so hard that his scrotum lost its elasticity and ripped off.”

Private First Class Chris Stiff, a new Ranger with 2nd Ranger Battalion, 75th Ranger Regiment, was more than eager to give an interview after he awoke from his operation and immediately asked the question that would naturally come to a 19-year-old Ranger private after having his balls literally smoked off:  “How long will it be before I can jerk it?”

We caught up with PFC Stiff after his discharge from the base hospital, and he was more than willing to share his story. “It was a pretty bad day,” says PFC Stiff. “I was all sorts of messed up. First thing, I showed up to morning PT formation one minute late, unshaved, and without my reflective belt. My team leader was pissed and ripped into me during PT.”

“While he was yelling he was describing to me how he is going to smoke my balls off so bad that Indians—feather type, not like the ones who just lost the World Series— miles and miles away were going to think he was sending them smoke signals warning them that the white man cometh.”

Due to political pressure, the Army has been made it its objective to phase out hazing though there is still some cultural and traditional resistance in the combat arms.  PFC Stiff explained:

“At 0900 we had to be at the motor pool to do PMCS [Preventive Maintenance Checks and Services] on our Strykers. My team leader found out my oil was low because I didn’t fill up the last couple of days we were training even though he told me to. That’s when he went apeshit.”

“Apeshit,” in Army vernacular, translates into physical “corrective training,” PFC Stiff explained.  He then listed off some of the exercises he was required to do:  “Push ups, flutter kicks, monkey [fornicators], alligators, star bursts, bear crawls, and all kinds of pushups. Two-count pushups.  Four-count pushups. Sideways pushups. Pushups in the rain.  Stinging pushups. It was like “Bubba Gump” of pushups out there,” he explained. The punishment went on for at least an hour.

“It wouldn’t stop. I was sweating, my arms were spaghetti, and I couldn’t do anymore. Then while I was doing a monkey [fornicator], I felt a sharp pain, like my ball sack was being pulled off. I looked down and saw blood spilling. It looked like I had a [fornicating] miscarriage.”

“My vision was blurring, and I was on my knees in pain. A muscle popped out of my shoulder and I blew a blood vessel in my head. And that wasn’t even the worst of it.”

“My balls had fallen down my pants and were stuck right where I bloused my boots,” PFC Stiff explained. “I remember my team leader, Sergeant Antonio Verga, ordering me to calm down and applying pressure to my crotch in order to stop the bleeding. He then told me to take a knee and drink water, and to quit my bitching.”

While the Army frowns upon damaging soldiers during corrective training, PFC Stiff’s team leader was unrepentent. “Why was I was smoking his [fornicating] balls off? For being such an incompetent piece of [multiple explicatives deleted] human waste that should have a been 60th trimester abortion.”

When asked if he regretted what happened to PFC Smith, Verga said, “Hell no! I didn’t know it was actually physically possible to smoke someones balls off,” SGT Verga said as he spit some dip into the ground. “I’m kind of proud of myself. This kind of thing will make me a LEGEND among the NCOs of the Regiment.”

After SGT Verga stopped the bleeding, he then carried PFC Stiff into his truck and drove him to the aid hospital. PFC Stiff balls were surgically reattached, and he is expected to make a full recovery in a few weeks.

“I can’t really blame my team leader. He’s actually good at his job and cares for us, even though he can be a dick…and I tend to mess up a lot,” Stiff said, high from a haze of pain meds and Red Man tobacco. “It’s fine though cause I get two-weeks of con-leave [Convalescent-leave] and there is a chick from back home I want to get married to before I deploy. She is turning 18 this week.”

Upon hearing of PFC Stiff’s plans when he returns back home, SGT Verga remarked, “Stupid cherry privates. Well, I hope they reattached his nut sack pretty good this time, because I have a feeling this isn’t going to be the last time I have to smoke his balls off.”

Raul Felix is a 30 year old Mexican-American from Huntington Beach, CA. He served in the United States Army from 2005-2009. He writes about sex, dating, women, military life, manhood, Mexican-American culture, motorcycle travel, and anything else he damn well pleases. He currently writes for Thought Catalog, Return of Kings, Matador Network, Rhino Den and Ranger Up. He’s on a quest to be one of the greatest writers of our era. All of his written work can be found on his blog. You can follow his Instagram and Twitter.