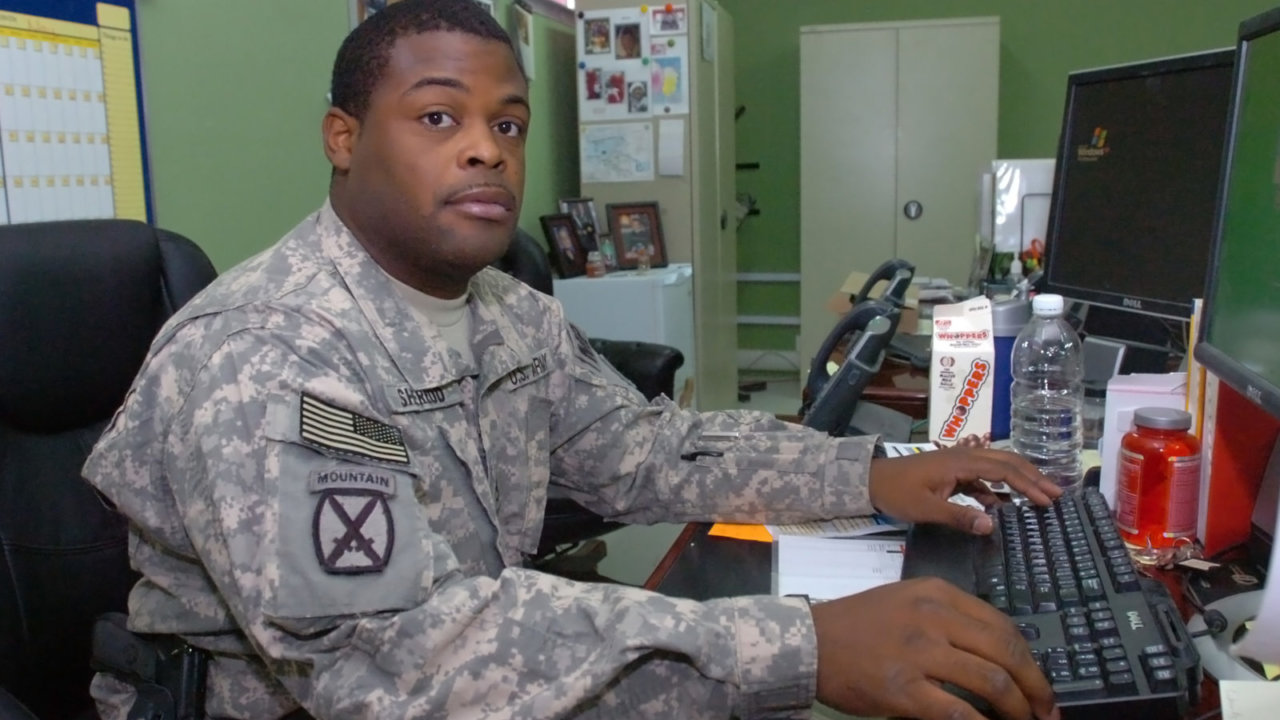 FORT HOOD, TX – After yet another morning where he was the only field grade officer on staff to show up for PT, Major Dillon Shroud spent the majority of the workday weeping quietly at his desk as he evaluated the Unit Status Report (USR) and his current lot in life.

“I have a lot to be thankful for,” Shroud told reporters as he tried to blink back the flood of tears. “I got to deploy four times. I got to go to Ranger School straight out of Officer Basic, true blue straight through. I’m happily married…but…” Shroud broke down, unable to continue. “Why God didn’t my branch transfer go through?”

Once Shroud was able to rally and continue with his daily schedule of filling out Division training calendars that will be obsolete in 12 hours, our team surveyed his colleagues to learn more about this tragic unicorn.

“The guy’s a total joke,” Major Erik Hopkins told reporters. Hopkins, an Armor officer who has never not had his waist tape-tested to see if he is within weight regulations, dismissed the possibility that Shroud had anything to offer. “What, is he going to plan training for the chemical attack that’s never going to happen? Give me a break.” Hopkins then cut his morning short so that he could beat the crowd to the local Whataburger.

“I really just don’t understand it,” said Staff Sergeant Denisha Jones, the unusually attractive single mother who works within the plans cell. “Out of the entire staff, he’s the only guy who hasn’t hit on me, or made some obvious comment about my ass, or that I’ve caught staring at me like an object in the middle of a meeting. It’s a little unnerving, you know? I guess he could be gay.”

A call to the Human Resources Command at Fort Knox shed light on the situation.

“Oh yeah, Shroud is our rock-star,” said Lieutenant Colonel Ferdinand Waylons. “If this guy was any other branch he’d already be commanding a battalion. We really won the lottery when ROTC slotted him to the Chemical Corps for no apparent reason. You better believe that when I saw that branch transfer paperwork cross my desk, I killed that pronto.”

“At the end of the day, I’m proud to be a Chemical Officer,” Shroud told reporters, conveniently forgetting the time when he only failed Special Forces selection because he broke both of his ankles during Robin Sage and had to be dragged screaming from the training area as he tried to fight off the medics. “We all make a difference in our own way.”

At the time of this writing, Shroud was making his difference by filling out the risk assessment for a flag football game scheduled for this Thursday.

Remember to have a bit of sympathy for the poor suckers who got stuck with those kinda jobs. There but for the grace of God…