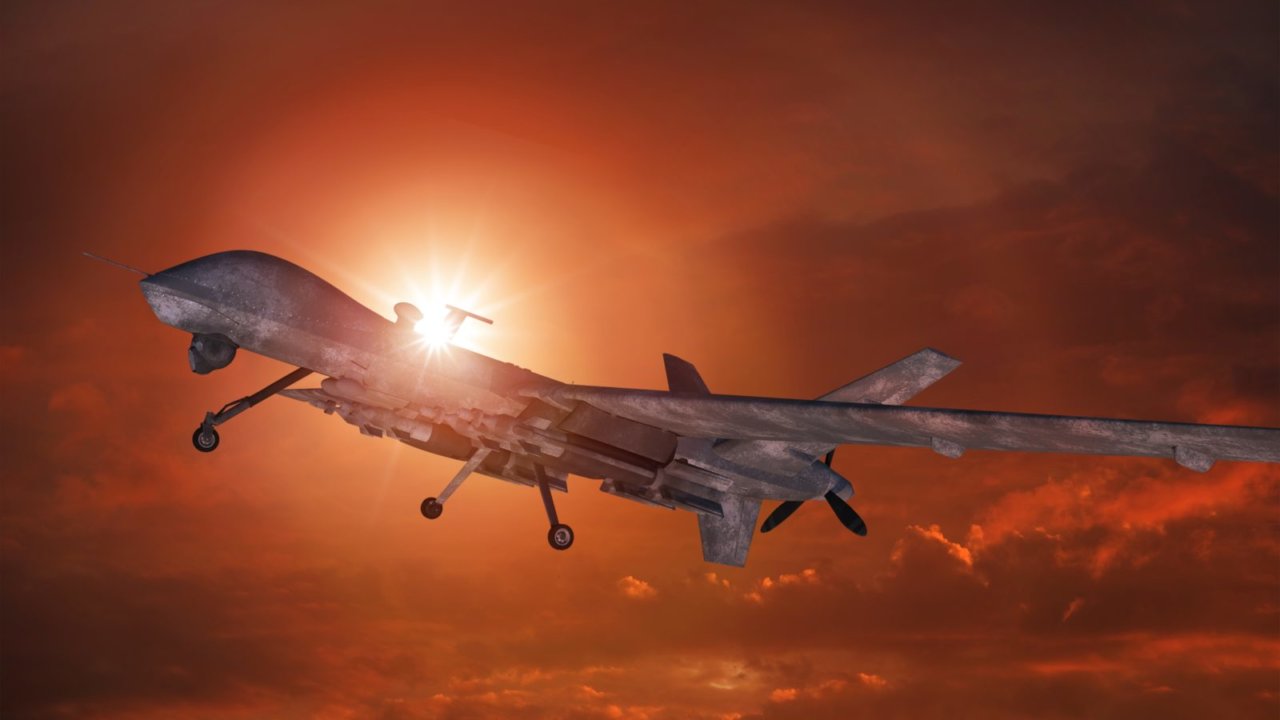 Despite being separated by a 3,000-mile digital tether, it is not uncommon for drones and their remote operators to become emotionally close.  “People will say that Hal committed suicide. Did he? I don’t know. The stress of our multiple deployments was wearing on us. Well, it was wearing on Hal, my ‘deployment’ consisted of me manning a joystick in an air conditioned trailer just outside of Vegas for 8 hours a day, five days a week. But Hal…yeah, Hal was a warrior. Here’s to you, Hal, you were the best Odyssey 2001 ever.”

“You think you know someone, you know?” Captain David explained during the acceptance speech for the Purple Heart he received for this incident.  “Hal and I have been through a lot together. Lots of ‘long nights and Hellfire strikes,’ know what I mean?”

Captain David went on to explain that the ‘residual risk’ experienced by stateside drone operators was far in excess of the risk that actual combat personnel are exposed to, and in some cases, the mental anguish is even worse.  “When your drone goes in, it’s like losing a K-9 unit, you know? You spend months and months with these guys, worrying if the maintainers are doing their jobs or if the contractors are keeping the software up to date. It’s nerve-racking. You get to know your drone through the keyboard, mouse, and grainy video feed. It becomes a part of you, so maybe it is worse than losing a dog.  It’s definitely worse than losing an actual pilot.”

“Is JSOC responsible for Hal’s death? I don’t know. I DO know that they’re milking every ISR (intelligence, surveillance, and reconnaissance) platform out there, day after day, night after night. No matter how hard we work, JSOC is always like ‘got to be somebody out there needs killin’!’ It’s inhuman. THEY’RE inhuman. And our drones are the ones who suffer the most.”

After his medal ceremony, Captain David explained that the road to this point has been a long one. “First we convinced the Air Force that we were real pilots. Then we convinced the DoD to give us special awards. But despite the best efforts of our best and brightest officers and enlisted men, we still can’t get it through some peoples’ heads:  drones are people too!”

Captain David was nominated for the Distinguished Flying Cross (DFC)for staying with Hal all the way in, ensuring it steered away from the open ocean where it might kill a protected seabird or interfere with the breeding rituals of humpback whales. His nomination ended up on the desk of GEN (ret.) Petraeus, which in most circumstances is the equivalent of a death sentence for a valor award packet. For his part, Captain David brushed off criticism that the DFC is overkill in a situation like this.

“I’m not saying I deserve the medal, but if I were I pilot I would. I mean, I’d be dead and all if I were a real pilot so, uh…..I deserve this DFC, if only for the memory of Hal.”

“This wasn’t just ‘some drone.’ He had a name—it was Hal,” Captain David said, his voice cracking. “Sometimes, I don’t think the rest of the services take us seriously. But we have our own issues in the UAV Corps. Lost link? What is that? A cloud goes overhead and my best friend dies? I have to carry that guilt, not the war profiteers who sent us into battle with a crappy single-point-of-failure. A little rain and my whole world is ruined? They don’t care if our drones fly into a ship and die. They don’t care!”

Captain David bravely vowed to battle on, and he had these words for others who, after this incident, fear they may not have what it takes to follow in his footsteps: “To the other current and future joystick jockeys out there, I say do not despair! When you put your hand into a pile of circuit boards that used to be your best friend’s payload… you’ll know what to do.”

Editor’s Note:  This article first appeared on The Shadowblog and is re-posted here with the permission of the original author.

Suicide is a huge issue within the veteran community, and humor is one way veterans have of dealing with it. Use this very fake story as a means to start a discussion about the very real issue of military suicide and how we can all work together to combat it.