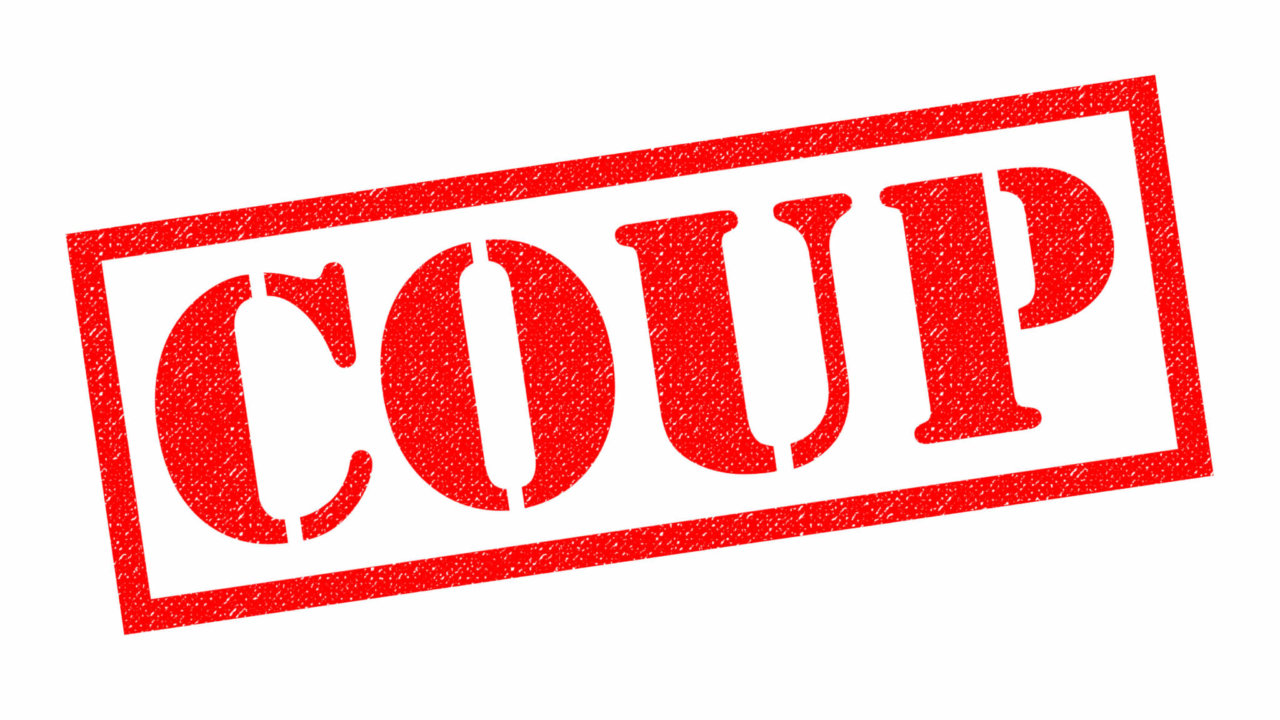 In recent months, ill-informed Leftists who have spent the last 8 years repeatedly telling the public that they do not “need” guns and have no reason to fear the Federal Government (except of course for the police) have discovered that they are totally unprepared to carry out the violent overthrow of the Trump Administration and the revolution that they feel our country so desperately needs.

Those pleas for a military-led coup had gone unanswered (and largely laughed at) by members of the Armed Forces until yesterday, when a little known Army Special Mission Unit responded to left-wing demands for a military removal of the Commander-in-Chief.

Known only as the “E4 Mafia,” this unit appears nowhere in U.S. Army organizational charts but reportedly acts as a major influence in every single Army organization operating across the globe. Because no one in our organization ever served in the military, and because it serves our political agenda (and our research is limited to Wikipedia), it can only be assumed that the E4 Mafia is one of numerous Army Special Mission Units such as Delta Force and SEAL Team Sixty.

The support of “E4M” does not come cheaply, however. The following list of demands was passed to Article 107 News in an effort to ensure widest dissemination to sympathetic revolutionaries (Editor’s Note: This message received A LOT of editing for both spelling/grammar and content prior to re-publication here).

This is for all the gender non-binarynon-conformingqueerfemme… ahh fuck it you know who you are. We represent the E4 Mafia, a little known faction that has been the deciding factor in every major conflict since the dawn of time. If y’all are serious about hittin’ the reset button on this administration and want our help to do it, then there’s some things we need to get straightened out first. The following is a list of demands that will ensure the E4 Mafia is on your side when the shit hits the fan.

1. Beards: This is the only Army in history that does not allow its Soldiers to grow beards. The beard is a symbol of masculine virility and represents the skill of a warrior. It’s also really hard to get laid when you look like a 12 year old, and beards would go a long way to fixing that. If we’re going to pull this off, AR 670-1 is going to need some revisions in the facial hair section.  Make it happen.

2. Copenhagen in MREs: An Army may march on its stomach, but it communicates with its lips. If those lips aren’t full of Southern Blend Long Cut, then you’re going to learn the old adage of “if you can’t talk, you can’t fight.” Logs of Copenhagen need to be added to every MRE to ensure complete combat effectiveness and communication on the battlefield.

3. One Barracks Lawyer Added to Every Company MTOE: The Army provides legal assistance to every Soldier, but that legal assistance is mostly for unhelpful matters like taxes and child custody disputes. We need someone in every company who can provide assistance in critical matters like renegotiating enlistment contracts and protecting Soldiers from disgruntled dependents.

4. Replace the Hand Salute with a Groin Kick for all 2LTs: The hand salute is an outdated method for rendering respect and courtesy to commissioned Officers. That being said 2LTs are barely better than Privates and are unworthy of any respect whatsoever. Do you know what the difference is between a 2LT and a Spec-4? A Spec-4 has been promoted three times. Bitches. A groin kick is a much clearer way to remind Butter Bars of their station in the platoon and is more commensurate with their rank. Also, they deserve it. Especially the ones from West Point.

5. On-post Strip Clubs: Morale is critical to any fighting force’s effectiveness. If this revolution is to succeed, on-post strip clubs are a must. Soldiers stuck in the barracks are currently forced to make a choice between buying a vehicle with a long-term high interest loan or having money to spend at the strip club. It’s the 21st century Catch-22: if you can afford a vehicle to get to the club, you can’t afford a dance. If you don’t buy a car, you wind up stuck in the barracks watching porn with a pocketful of cash, which leads us to our next point…

6. Unsecured WiFi and A/C provided for all Port-a-Johns: “It’s not Heat Cat 5 until someone passes out jerking off in the port-a-shitter.” – Marcus Aurelius.

If you want your trucks to run, your weapons to work, and your floors swept during your little “revolution,” then you would do well to heed our demands. If we can come to an agreement contact Misty at the Spearmint Rhino in Killeen. Her attorneys know where to find us.

And you should totally fear the Spec-4 Mafia, that’s totally a real thing.

Sorry leftists, or white supremacists, or any other “-ists,” the U.S. Army isn’t going to help you violently overthrow the legitimately constituted U.S. government, no matter who the temporary occupant of the White House is during any four-year period. If you want change, get it at the ballot box. If you want to resort to violence to change our government in contravention of our Constitution, not only will we not help you but you will have to go through us first. “All enemies, foreign AND domestic.” And “us” includes the E4 Mafia. Trust me, you don’t want to be on their bad side.