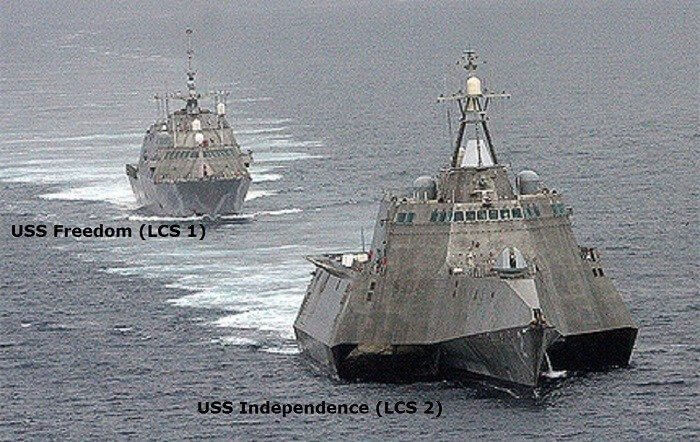 FORT JACKSON, SC – Presidential candidate and ISIS nemesis Senator Lindsey Graham called a press conference at O’Malley’s Tavern, outside Ft. Jackson South Carolina, this morning. Sen. Graham then publicly declared victory, in his fight to strengthen the US military by serving a celebration pint to the entire establishment.

His battle cry of “Smallest  Army  since 1940 and smallest Navy since 1915” resounded with conservatives and chicken-hawks on both sides of the aisle and set the stage for Graham’s protracted fight to restore the U.S. Navy to post WW2 Strength.

According to program director retired Vice Admiral Wallace “Lead Bottom” Binghamton; U.S.  Navy “Tables of Organization and Equipment” are to be immediately restructured and the combat vessel count restored to 1950 strength.

The Obama administration has called on Admiral Binghamton and retired Commodore Quinton McHale to facilitate the changes.  McHale explained that Phase one of the plan calls for a complete reorganization of naval assets and realignment of surface and submarine fleets to a respectable number.

McHale, noted that the Obama Admin has reduced the U.S. Navy to a frisky 285 combat vessels – “the smallest Navy since 1917”

When pressed for an actual list of new vessels McHale explained that the 1950 U.S. Navy was the envy of every uncivilized nation on the globe;  it was a “Real Man’s” Navy.  In 1950 the US Navy fielded an impressive peacetime total of 967 combat vessels, a number just shy of four times the Obama Navy. 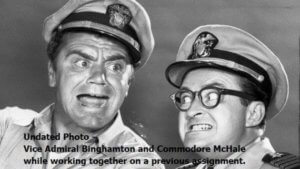 Logistics and procurement will be administered by Rear Admiral Joseph “Happy” Haines who served under Commodore McHale in the Pacific. Haines guarantees there will be no additional tax burden – the program is 100% internally funded.  The transition will be funded by the elimination of certain programs that consume an inordinate amount of the defense budget without significantly increasing the ship count.

These vessels will be refitted for service as soon as the Chinese manufacturers deliver the required 1950’s electronics packages and weapons propellant bags.  Hunan Shipworks in Shanghai is contracted to lay Keel for 1 new extended bow Essex-class Carrier.

The LCS program costing 479 Million dollars per vessel and the SSGN/SSBN programs, 4 Billion per boat, will be scrapped.  The two currently sailing LCSs and all but 2 nuclear subs are slated to be sold to the Russian Federation freeing up long term funding for the New Diesel Submarine fleet and required tenders.

The lack of trained crewmen for such old vessels will require reactivating approximately 400 prior service individuals with experience operating 1950’s technology.  CAL-OSHA has declared authority over the refitting of the Sasuin fleet and are requiring ADA compliant gangways and “Prostate Friendly Heads” be installed on all refitted vessels.

It’s unclear if Senator Graham will agree to recommissioning of any of the of guided missile cruisers at Suisun  Bay since Leahy and Burke class vessels are actually 1960’s technology.

Bernie Sanders expressed his support for  the move declaring “the Proletariat lives,” noting that there will be thousands of low tech labor jobs produced along with an entire new trade school industry – “tuition free” – to retrain software engineers and other namby-pambys in the fine points of 1950’s manufacturing.

Sen, Graham finished his celebration with a double-shot of Frangelica and the slurred declaration – “The Army is next.”

Rumor has it that Quartermaster Corps is currently searching for a supplier to provide the 48,000 mules needed to meet Graham’s demands.

Trump’s Physicians Prescribe MSM Cleanse to Treat Covid
Conservatives Flock to Closed Arizona Beaches in Support Trump’s “Resistance to Tyranny” Tweet
Biden Again Denies ’93 Tara Reade Assault, Insists He was “giving directions to the Capitol subway”
Biden Prepares for Tonight’s Debate by Sparring with Several Heads of Cabbage
Movie Review: Deadpool Sucks, And The People Who Like It Are Idiots