You are here: Home / Entertainment / Bipartisan Support for Death Penalty After Re-Designated “Late-Term After Birth Abortion”

WASHINGTON, D.C. —  Statistics show 77% of Republicans favor the death penalty, while only 35% of Democrats support it. According to Jocelyn Kiley, associate director for U.S. politics at the Pew Research Center, “Parties are much more divided over this question than they historically were.”

Twenty-one states and the District of Colombia have abolished the death penalty. However, there is growing Democratic support to reinstate capital punishment in those areas after a bipartisan bill passed the House last Tuesday. The new legislation removes legal terms such as “death penalty”, “capital punishment” and “execution” from U.S. law and replaces them with “late-term after birth abortion.”

Lawmakers on both sides of the aisle insist this will eliminate costly appeals and red tape. Abortion costs range from $350-$950, take 15-30 minutes and can even be accomplished by mail; whereas “death penalty” cases, “capital punishment” and “executions” average $1.26M and take 16 years to perform. 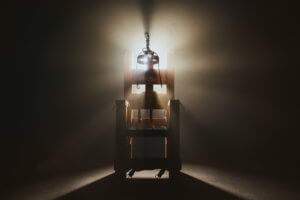 Faster, cheaper and more agreeable, thanks to bipartisan collaboration.