WASHINGTON, D.C. — Congresswoman Maxine Waters (CA-43) led her colleagues in introducing a resolution that affirms the vital role that the Civil Rights Act of 1866 – particularly Section 1981 of the Act – has played in prohibiting discrimination on the basis of race or ethnicity when making and enforcing business contracts. Since their inception, the Civil Rights Act of 1866 and Section 1981 of the Act have made it unlawful for any citizen to be denied equal rights and equitable treatment on the basis of race.

The resolution requires the NBA and NFL to draft a “critical mass” of white athletes each year to combat the “blatant discrimination” evident in both organizations. Mrs. Waters pointed out that while whites represent roughly 73% of Americans and blacks represent around 13%, the NBA and NFL are 74% and 70% black, respectively.

Speaking before Congress, Mrs. Waters said: “More than a century after the passage of the Civil Rights Act of 1866, it is absolutely outrageous that two of the largest professional sports organizations in the world would have the audacity to discriminate against the white community.”

She added: “It’s absolutely a responsibility to see to it that issues that don’t get talked about get elevated here in the Congress of the United States,” and went on to say, “I encourage these [NBA and NFL] CEOs to see that diversity is a positive thing, we have to make the system work for everyone.”

Consistent with her voting “NO” on ending preferential treatment by race in college admissions, the octogenarian Congresswomen has long-championed marginalized populations.

Mrs. Waters ended by quoting Martin Luther King Jr.: “Let us reflect upon the famous letter from a Birmingham jail in which he wrote, ‘Injustice anywhere is a threat to justice everywhere,’ and honor his rich legacy by recommitting ourselves to his fight and the ongoing struggle for peace, equality, and justice for all.” 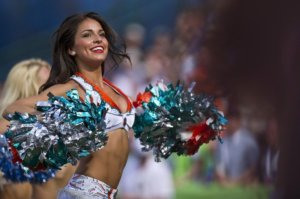