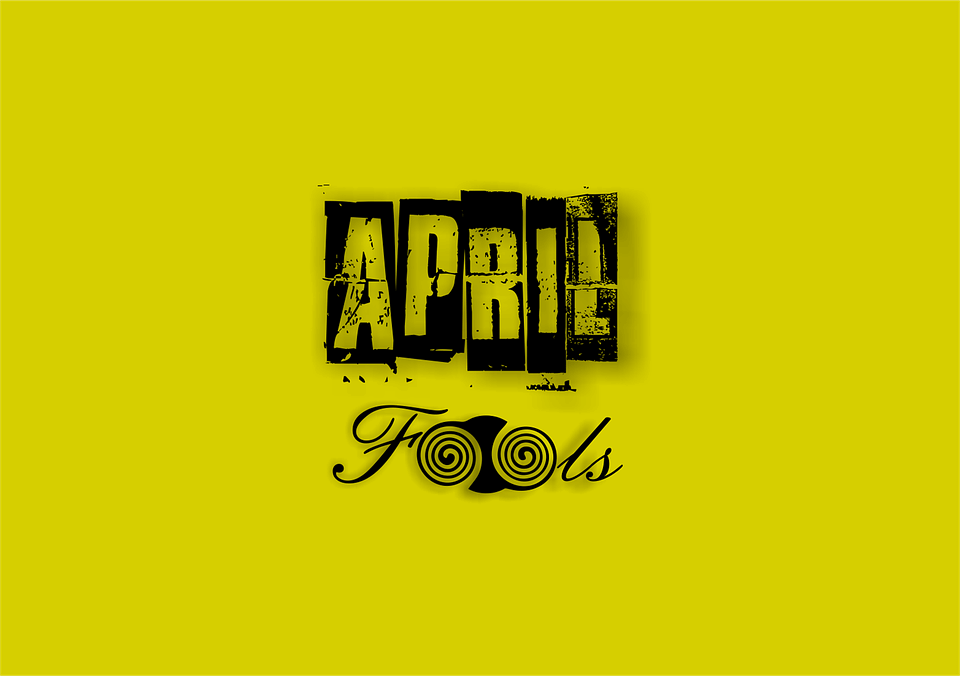 WASHINGTON D.C. – At a surprise luncheon with the Washington Press Corps, the 2016 Presidential candidates gathered and revealed a close held secret: they’ve been pulling our legs.

The unusually bipartisan luncheon, hosted by former President George W. Bush and former Daily Show host Jon Stewart, included both Democratic candidates and all 47 GOP candidates past and present. Their message was clear and unified – the joke is on us.

“Seriously,” laughed “presidential candidate” Donald Trump, as he wiped tears of laughter from his eyes, “Do you even know how much the POTUS makes in a year? I make that in a day…a slow day.” 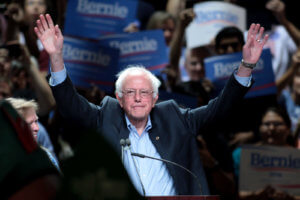 interjected, “I’m a frigging Socialist, you shmenriks! And she,” he guffawed, pointing at Hillary Clinton, “is this far away from being indicted! Oy vey, I think I need a glass of water…I’m going to pass out, I’m laughing so hard!”

Former President George W. Bush explained that the entire 2016 presidential race up to this point was little more than an elaborate April Fool’s prank the two parties put together to play on the American electorate.

“You see,” said Bush, “These are times of troubled waters with the rise of terror and the difficulties we all face in knowing the Kardashians are still on television. As you know, I’m a uniter, so I gathered Hillary and the fellas together and pitched this bit. I guess you could say it was a way to bring Americans together with comedy.”

“I couldn’t believe it,” said Texas Senator Ted Cruz “The Donald and I have had a running bet going for months. Every week or two, I’d give him the old Dallas Dare to try something even more outrageous and he would just run with it. I was like, ‘Insult a war hero!’, ‘Say Megyn was on her period!’, and then say some dank shit about my wife. To his credit, he played along every step of the way…and just kept getting further ahead! For a few weeks there, I thought you [the American public] had been tipped off and were just fucking with us.”

The “candidates” spent the better part of the morning taking group selfies, signing autographs, and 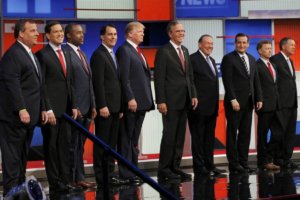 hugging each other as they shared each other’s laughter like the SNL cast at the end of the show.

As the laughter and good-natured ribbing died down, former Alaska Governor Sarah Palin took to the podium and announced that everyone was taking a well-deserved long weekend and that on Monday, after the nation got over it’s embarrassment at being the butt of the joke, the Illuminati…err, um…we mean some important people from business and politics would announce the actual presidential candidates. Or, as Governor Palin called them, “some folks ya betcha would really like runnin’ this great country we all love!”

A special thanks was given to Jon Stewart, Joe Rogan, Ricky Gervais, Larry David, and Sacha Baron Cohen of their help in writing the scripts for the GOP debates. A special award was presented to South Park creators Matt Stone and Trey Parker who teamed up to write all of Donald Trump’s speeches.

As of press time, President Obama was unavailable for comment as he was golfing.