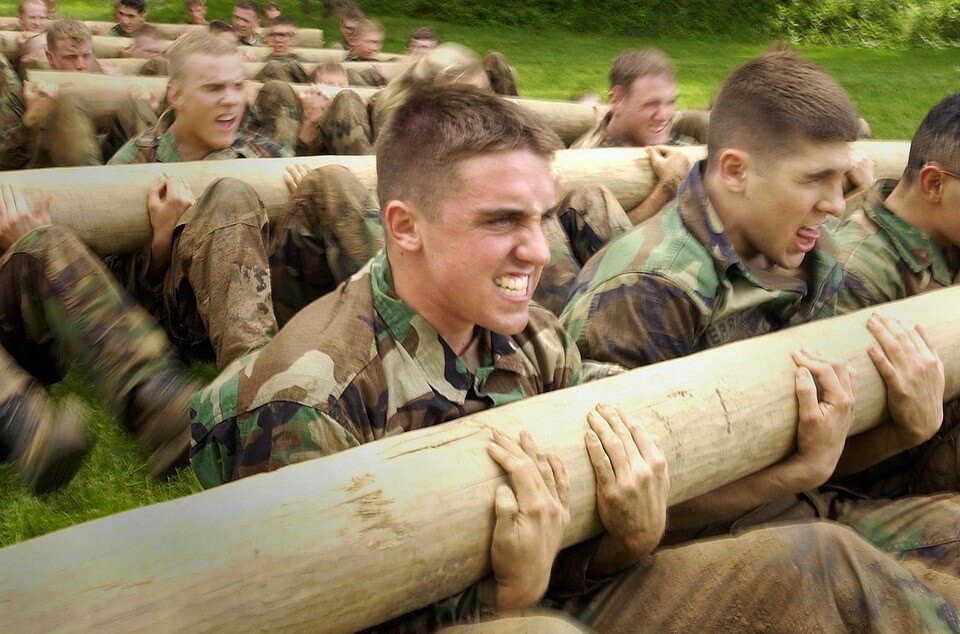 GLENDALE, CALIFORNIA – The interwebs were all aflutter last week over a kid who was released from Air Force Basic Training because he was suffering from separation anxiety due to being away from his girlfriend. Article 107 News was fortunate to be able to interview him in his bedroom in the basement of his parent’s house. He agreed to be interviewed on the condition of using a pseudonym.

Al: Nice to meet you Skippy, and thanks for taking some time out of your busy day to talk to me.

Skippy: Sure. But we gotta make it quick since I leave in a few minutes for Starbucks to pick up my pumpkin spice latte.

Al: Yeah no problem. You seem to have issues with seeing something through to the end anyway.

Skippy: What do you mean by that?

Al: Oh nothing. So why don’t you tell your side of the story?

Skippy: Okay. Well I joined the Air Force because of Call of Duty.

Skippy: Yeah, it’s just like real war. I figured cool uniforms and guns and it would impress my girlfriend Britnee. So I told the recruiter my story and he signed me up in the Air Force.

Al: Did the recruiter have anything to say when you told him your story?

Skippy: He just smiled and said it was a cool story and that I’d get everything I wanted.

Al: I’m guessing it was more of a smirk.

Skippy: What? What’s a smirk?

Skippy: Yeah so anyway me and some other guys from my town get sent to Lackland AFB for basic and we get off the bus from the airport and these Air Force guys start talking to us in a loud tone of voice. Why they were being harsh I have no clue. We hadn’t done anything wrong.

Skippy: Well these guys weren’t. They started giving out all sorts of rules that made no sense, including one about cell phones that said we could only use them certain times of the day.

Skippy: So then I asked when we were going to get all our combat gear and guns and these dudes mouths fell open and they just stared at me. I thought it was a fair question based on what my recruiter had said.

Al: Sure, but everyone knows that recruiters lie.

Skippy: So then we did a whole bunch of stupid stuff that made no sense and we spent tons of time just lined up doing nothing. It was like we were hurrying up just to wait.

Skippy: Right? Then we had to eat in this one building and we weren’t allowed to go get take-out or have GrubHub deliver what we wanted.

Skippy: I know. Then they said it was time to get in bed and go to sleep.

Al: Was there something wrong with that?

Skippy: Of course there was. I didn’t know we had to spend the night. I thought they flew us home every night to sleep in our own beds with our families.

Al: Why did you think that? Oh wait, let me guess, the recruiter told you that?

Skippy: Yeah. And the thing is that I can’t sleep unless my mom gives me my bedtime cookies and tucks me in.

Skippy: I get the feeling you are making fun of me.

Al: No, not at all. You are a bastion of manhood.

Skippy: But the stupidest thing was that I couldn’t talk to my girlfriend Britnee whenever I wanted to! I could even text her! We’d been together a week before I entered the Air Force and being away from her was murder.

Al: Tell me how it made you feel.

Skippy: Well I got all shaky and cried every night because I missed her so much.

Al: So what did you do then?

Skippy: I went to the doctor and told him what was going on and that I was having severe separation anxiety.

Al: And how did he react?

Skippy: The jerk rolled his eyes and filled out a piece of paper and sent me home.

Al: So basic was tough. How long were you there before they discharged you?

Skippy: Right? But it all turned out ok. I got to keep my uniforms and now I’m a veteran.

Al: You think you’re a vet?

Skippy: Sure. I enlisted.

Al: Tell you what Skippy, head on over to your local American Legion and tell them your story and then ask to join.

Skippy: Sounds like a great idea. I can park in the veterans’ spots now and I really like it when people thank me for my service.

Al: Yeah – thank you for your cervix.

Skippy: You’re welcome. I was proud to serve.

Al: Yeah sure, head on out to Starbucks. Thanks for your time.

Article 107 News had to end the interview at this point or Skippy’s parents would have found his bloody pulpy body in their basement after a few days when the corpse began to stink. Come to think of it he stank well before he ever signed up in the Air Force. 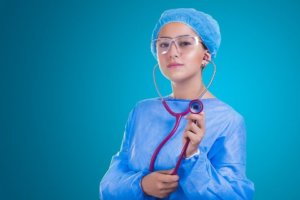 Article 107 of the military’s Uniform Code of Military Justice covers “False Official Statements.” As our name implies, we are a satirical site, and you shouldn’t think anything we publish is real. You should, however, mercilessly mock anyone who does. And yes, we know the stock photo used is of Navy military trainees. You can follow Article 107 News on Twitter at @Article107News. If you’re looking for real news, check out our sister site The Havok Journal. Or you can visit us on Facebook or follow us on Twitter at @HavokJournal.