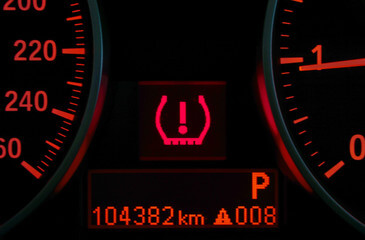 After “BLM” Moment, Goodyear Tires Recalled for Pulling Hard to the Left
by Hugh Jashol

AKRON, OH (Goodyear Headquarters) — After proving zero tolerance training that listed “BLM” in the good category and “Blue Lives Matter” in the bad, Goodyear Tire and Rubber Company is recalling all of its U.S.-made tires for their noticeable, and potentially catastrophic, hard left pull.

It started innocently enough, with some good old-fashioned hypocrisy: “Some people may wish to express their views on social justice or inequity or equity issues such as black lives matter or LGBTQ pride on their face coverings, shirts or wristbands. That will be deemed approved because it complies with a zero-tolerance stance,” a trainer said in an audio recording of the event held in Topeka, Kansas. “However if any associate wears all, blue, white lives matter shirts or face coverings, that will be not appropriate.”

Definition of “discrimination”: “treatment or consideration of, or making a distinction in favor of or against, a person or thing based on the group, class, or category to which that person or thing belongs rather than on individual merit.” 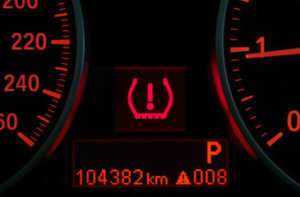 Under a “zero tolernce” slide branded with Goodyear’s “One Team” logo, the terms “Black Lives Matter” and “LGBTQ Pride” are listed in the “acceptable” column, while “Blues Lives Matter,” “All Lives Matter,” and “MAGA Attire” are “unacceptable.” “Politically affiliated slogans and material” are also banned, which makes it curious that “MAGA Attire,” which is clearly political, is specifically called out. Curiously absent is any specific Democratic campaign slogan, such as Joe Biden’s “Build Back Better” messaging. It’s also curious that the BLM and LGBTQ Pride, both of which are also politically loaded, are given a pass. Check it out for yourself: Hm, so “black” and “rainbow” are good, “blue,” “white,” and “all” are bad.  Got it. Thanks Goodyear, sometimes it’s hard to keep up with what parts of the spectrum are politically correct and acceptable at any given time. We appreciate you clearing that up for us.

After huge public backlash, which included a call for a boycott by none other that President Donald Trump, Goodyear saw its stock price drop dramatically, and attempted to recall its training.  However, the damage was done at that point, and U.S. customers began noticing problems with Goodyear’s tires, specifically that they were leaning hard to the left. This lead to a massive recall in Goodyear’s domestic U.S. market.

But because so much of the country is leaning left right now, Goodyear’s hard left pull will probably not even be noticed.

Article 107 of the Uniform Code of Military Justice covers “false official statements.”  As our name implies, we are a satire site and you shouldn’t think anything we publish is real.  You should, however, mercilessly mock anyone who does.  If you want real news, check out our sister site The Havok Journal.  And make sure you read up on this story, there is more to it than what we’ve poked fun at here.