You are here: Home / Entertainment / Biden Again Denies ’93 Tara Reade Assault, Insists He was “giving directions to the Capitol subway”

WASHINGTON, D.C. — Joe Biden released another statement Friday denying Tara Reade‘s claims he sexually assaulted her in 1993, while she worked as an aid.

Reade reported that in 1993, Biden forced a sexual encounter on her. She said Biden pushed her against a wall on the Capitol grounds, kissed her, and then digitally penetrated her — all against her will. Biden insists that he was in hurry to catch a flight that day when Reade had asked him directions to the Capitol subway.

“I was in a rush, quickly gave directions and recall pointing to the nearest underground subway entrance connecting the Capitol to the Dirksen Senate Office Building,” said the former VP. “Those stairs can be tricky to navigate,” he added. “I was trying to help her out.”

Although Biden admits he may have gotten a “bit close” to Reade during the exchange, he said: “I realize my responsibility is to not invade the space of anyone who is uncomfortable in that regard. And I hope it wasn’t taken that way.” 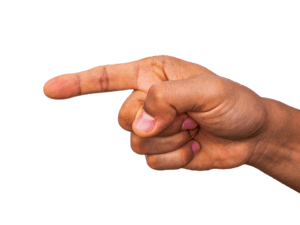 “If I can’t give you directions, you ain’t a woman.” — Joe Biden