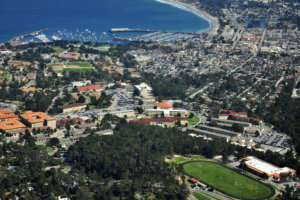 MONTEREY, CA – The Defense Language Institute Foreign Language Center (DLI-FLC), considered by many to be the premier foreign language instruction school in the world, announced Monday the school will add three new languages to their curriculum: Dothraki, Klingon, and Elvish.

The three languages, made popular by Game of Thrones, Star Trek, and The Lord of the Rings trilogy respectively, are known as constructed languages, or CONLANGS, and are complete and fully functional languages specifically created for their fictional universes, rather than developed over time through regional speaking.

“We are in the business of helping to build and maintain a strong and vibrant Military Intelligence Corps,” said Deppert in an interview with Article 107 News. “It’s no secret who our core Soldiers are: they’re nerds!” 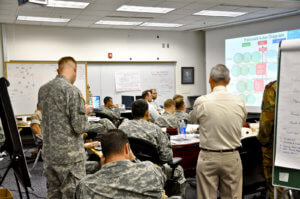 “I mean,” Deppert continued, “these guys and gals aren’t out at Price [Price Fitness Center] playing rugby or doing CrossFit…they’re at Hobson [Hobson Recreation Center] playing World of Warcraft and Magic the Gathering.”

Members of the Army’s Recruiting and Retention Command echoed the sentiments of the DLI Commandant.

“These are smart kids,” said Sgt 1st Class Charles Ianucci, an Army Recruiter in Hoboken, NJ. “They don’t give two squats about learning Korean or Pashto, but give them a shot at being the most fluent Elvish speaker at ComiCon? They’re all about that.”

Recruiting and Retention Command reports record numbers of applicants flooding the recruiting offices since the announcement. They are also reporting a significant increase in both ASVAB scores and PT waivers.

“I taught myself some Klingon in high school, but I could only really say basic greetings and order the destruction of Federation starships,” said Dan Fulton, who enlisted as a Dothraki linguist, “but a year learning Dothraki and I’ll be pretty much the badass of my entire WOW [World of Warcraft] guild!” 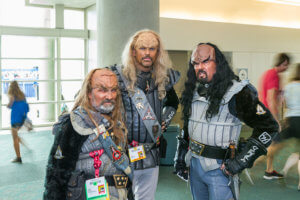 Members of the Klingon language cadre.

Not everyone seemed supportive of the new program. We spoke with one Special Forces NCO who identified himself as “Ken”, a student in the Korean Basic Course.

“I don’t get it, bro.” Ken told Article 107 News, as he added more Copenhagen to an already sizeable dip. “I never needed foreign language skills to close the deal with some Klingon waitress in Fayetteville, so what’s the point? I am pretty pumped about all the free lunch money I’ll be scoring around here, though.”

As of press time, there has been no official word from the Department of Defense on how this program will affect SHARP training.