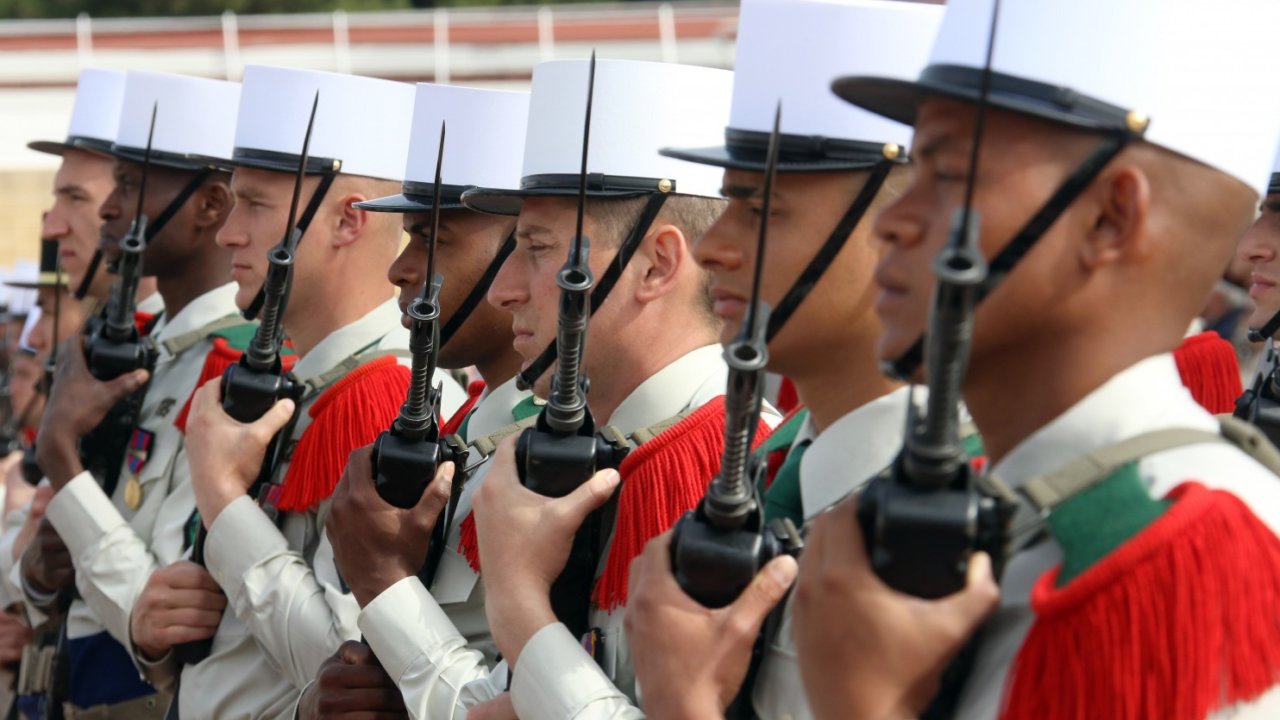 Enlistment for the newly-created American Foreign Legion are more than double U.S. Army projected recruitment numbers for 2016 and 2017 in less than a week, according information received by Article 107 News. The 160,000 enlistment requests–double the 62,000 Army recruits for 2016–that flooded the AFL website in the last 72 hours shocked President Obama. “This marks a new era in American military power abroad,” he quipped during an afternoon chat with the media.  “I’ve said throughout my Presidency that people from all over the world love the United States and our values. This proves it and we welcome them with open arms.” Anonymous sources within the White House told Article 107 News the President and National Security Council are now feverishly searching for generals to lead the fledging organization.

Following Atlantic Council expert Sean McFate’s call for an American Foreign Legion (AFL) on May 19, President Obama and Defense Secretary Ash Carter quickly convinced Congress to authorize the AFL. Defense Secretary Carter remarked, “Getting the vote through was easy. We had a full house for the Veterans Affairs committee meeting on drug prescriptions, so we were able to keep their attention once we pitched the AFL to the majority and minority leaders.” Utilizing state of the art technology combined with data processing from various government agencies and contractors, potential foreign applicants were quickly screened and verified. The AFL now boasts over 140,000 verified and willing, albeit untrained, volunteers.

The new developments shocked many recruiters within the U.S. Army. One NCO—remaining anonymous for fear of command reprisal—lambasted the DoD for not taking advantage of earlier opportunities to recruit foreign nationals. “This a load of bulls***! We’ve only naturalized 129,000 service members since 2002! We should have recruited and naturalized three times that number by now.”

When asked to expound on his thoughts the NCO stated, “We just created a new army instead fixing our own so now we have double the problems. All we had to do was fix various immigration and naturalization issues and there would no need for the AFL. Revisiting the Lodge-Philbin Act would have been a good place to start. Now we all look like a bunch of sissies because foreign nationals are more willing to fight for America than the Americans are. What the hell is that?!” U.S. Army Recruiting Command declined to comment on this story.

Firm statistics are unavailable at this point but one population group taking advantage of the new opportunity are former Iraqi and Afghan interpreters. “The U.S. Special Immigrant Visa Program was awful. Now, I can serve the country I truly love,” said Nasir, a former interpreter for the U.S. Army in Baghdad from 2004-2010. “I met the 2014 application deadline but no updates after two years. My family and I are were in hiding from ISIS and the Mahdi Army. Soon, I come to America and serve like a good soldier.” Article 107 News confirmed Nasir’s enlistment via the American Foreign Legion’s human resources division.

The AFL, like its infamous French counterpart, promises full pay, food, clothing, training, and billeting throughout the entire enlistment. Enlistments under a false identity are forbidden and Interpol scans candidate records for international crimes. All AFL members are eligible for fast-tracked U.S. citizenship after the initial five-year enlistment period. The AFL projects to be deployment ready within 24 months.