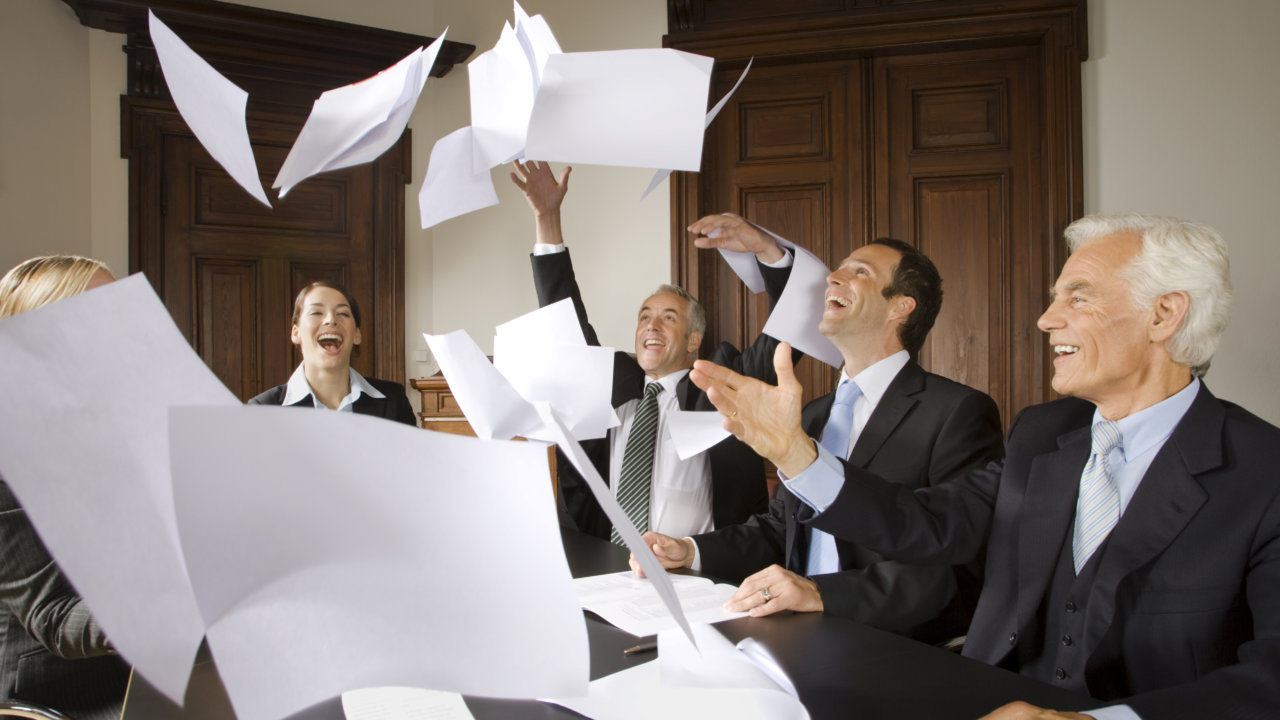 In a Surprise Move, Senior Officials at the U.S. State Department say, “F— This S—”
by Hugh Jashol

WASHINGTON D.C. – In a surprise move, four senior management officials at the State Department resigned unexpectedly last week. Their last words as they were being escorted from the building were, reportedly “F- you, f- you, f-you, you’re cool, f- you I’m out.” 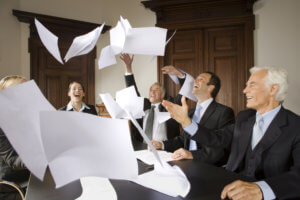 The four were: Undersecretary for Management Patrick Kennedy (no relation to the guy who killed that lady with his car in 1969), Assistant Secretary of State for Administration Joyce Anne Barr, Assistant Secretary of State for Consular Affairs Michele Bond, and Director of the Office of Foreign Missions, Ambassador Gentry O. Smith. Although their departure was seen as unexpected, there were reports that the Trump administration asked all four to resign.

Some news sources reported that the State Department was in disarray with the departure. However, all four were serving in administrative capacities as opposed to filling diplomatic roles, and the departed could easily be replaced by deputies. Experts say there will be little to no impact on foreign relations. One mid-level staffer who has no skills but has an Ivy League degree stated, “To be honest, we’re not really even sure what the Undersecretary for Management even does, although we’re pretty sure it’s really important because he got invited to a lot of panel discussions at Georgetown.”

This statement echoes many of the executive orders that Mr. Trump has signed during his first week as the administration begins a massive assessment to identify unnecessary or redundant personnel and programs, like the Environmental Protection Agency and all of California except for Lake Tahoe, in an effort to get the federal budget under control.

Being part of the facilities, management, and security teams of the State Department, the group that departed would have been partially responsible, or at least intricately involved in the failures of Benghazi on September 11, 2012 where members of Ansar al-Sharia attacked U.S. facilities resulting in the deaths of four Americans including two former Navy SEALs. The exception is Michele Bond who was the Ambassador to Lesotho at the time.

The attack took place while Hillary Clinton was the Secretary of State, and sources close to Article 107 News who spoke to us on condition of anonymity because they fear for their lives stated the Trump administration is quietly getting rid of anyone responsible for Benghazi, or who has been the Ambassador to a country that the president has never heard of.

Regardless of the exact reasons for the departure of the four, the shakeup at the State Department comes at a time when both Republicans and Democrats have criticized the Department for failing to effectively conduct the foreign policy of the United States since, well the Marshall Plan.

The rising tension between the regional bureaus (those that directly support the embassies of the United States staffed) and the functional bureaus (those that provide advice on particular global topics like human rights and women’s issues) is well-known, and their inability to agree on what the U.S. foreign policy should be has created a group think culture that compromises instead of executes.

As the administration continues its assessment of the State Department, it is likely that quite a few senior and mid-level personnel will be asked to leave. And most will likely be glad to go. Morale at the State Department has been dangerously low as working conditions continue to be degraded. Just this week, the Department has seen its wine and cheese budget slashed in half, popular Internet sites like The Guardian, Wonderland Ballroom, and Rawstory are blocked, and hundreds of foreign affairs officers who work in cubicles were required to justify their existence.

Seventh floor men’s bathrooms were standing room only as male Department employees rushed to shave their hipster beards and change out of their skinny pants. A special assistant to a former Assistant Secretary who wished to remain nameless because he’s a Washington millennial with no balls told us tearfully, “this beard is only thing that distinguishes me from the women who work here. Well that, and the fact that you can see my balls because my pants are so tight. This place used to be a safe space.”

Still, not all are complaining about the upcoming changes. One female special assistant told us, “it’ll be good to get some men in here who can shoot a gun or change a flat tire. I mean, we do have fifty or so military people here, but all they ever want to talk about is Crossfit and which creatine supplement works best. At least they hold the door for you though and shave every day.”

According to former Secretary of State Colin Powell, even if the administration had not asked Kennedy and his compatriots to resign, none of them would have stayed very long anyway under these conditions. Joyce Anne Barr was seen being forcibly escorted out of the Department by Diplomatic Security Service agents who were carrying her Harvard diploma and a Madeleine Albright bobble-head. Gentry Smith went quietly, which is fortunate because even at aged fifty-seven, the former North Carolina State University wide receiver is still a great big dude.

Even for the State Department employees that are staying under the Trump administration, it will take a lot of healing and reconciliation to be effective once again. The fact that Michele Bond screamed “you can shove your wall up your orange ass” as she was walking toward her bus stop did not contribute to implementing the President’s message of patriotic unification.