“Media goggling refers to the influence on a media organization, whereby outlets become sexually attracted to someone who would not otherwise be appealing,” said Dr. Maude L.T. Ford, professor of African American Studies & Theater, Dance, and Performance Studies. “Obama’s sophisticated eloquence, sly smile and dapper demeanor proved to be mesmerizing, but the fact that he also happens to be black…well it was enough to intoxicate any MSM outlet.”

Ford also added, “When we reviewed Obama’s January 2009 inauguration, it was like watching a religious conversion. The audience was overcome by his well-articulated platitudes and inspiring generalities. But at the end of the day, his poignant oration consisted of 4% actual substance. This pattern continued throughout his 8-year presidency and beyond–up to and including his stunningly-vague HBCU ‘speech‘”

UC Berkeley researchers determined that Obama presided over a lackluster presidency. With only one major legislative achievement (Obamacare) over two terms —and a fragile one at that—his presidential legacy rests almost entirely on its symbolic importance and the fate of a patchwork of executive actions. However, not only has this been ignored by MSM for over a decade, the data shows media outlets continue to “paw and preen over the former president like a giddy school girl.”

“If Obama had been white, nobody would even be talking about him right now,” said Dr. Ford. “Our research concluded ‘being black’, by itself, isn’t enough to be a great president, or even a good one. African-Americans deserve a first black president that contributed to the nation in substantive ways, not just notable for having a black father who had little to do with his son and ended up becoming an alcoholic and abusive to several wives. Consequently, our curriculum will refer to Barak Obama as the first “half-white” president rather than the first black president. Hopefully the next one will be worth studying…and claiming.” 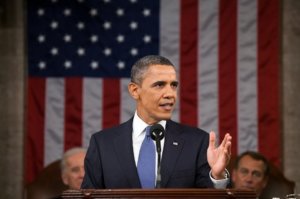 According to the media, he can do no wrong. According to history he didn’t do much of anything…except his father was black and his mother (who raised him) was white. Way to go Mr. President.