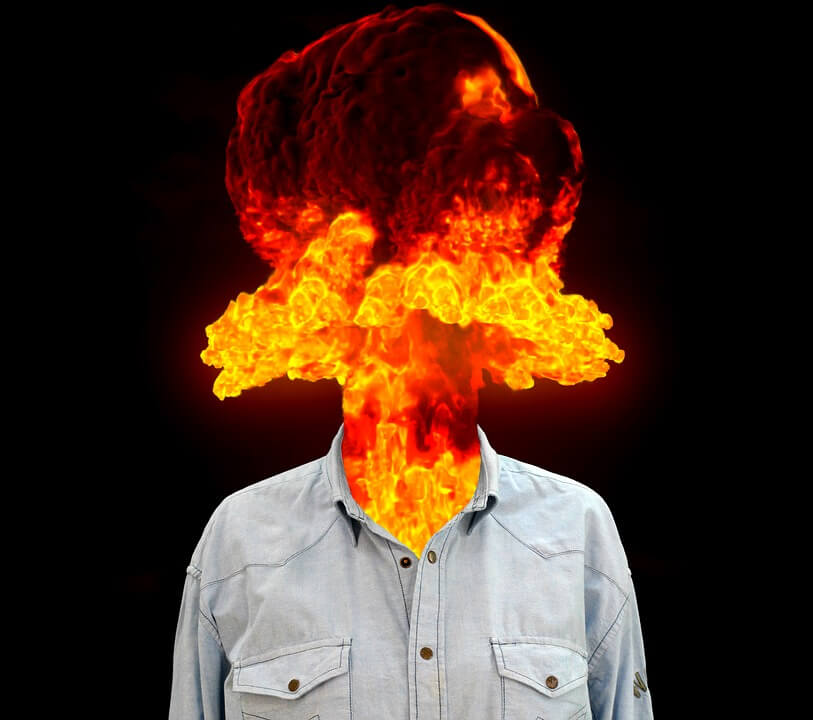 PADUCAH, KY – A local Kentucky man had his prayers answered this week when a well-known regional charity organization surprised him with a free prosthetic leg…customized just for him!

McCracken County man, Cletus Walton, 32, lost his leg earlier this year in a freak accident. Article 107 News readers may remember Walton lost his leg while shooting at a lawn mower he had packed with Tannerite, a binary explosive used for making exploding targets for firearms practice.

Walton’s half-brother, Bobby Walton, Jr., 26, captured the incident on video and posted it online where the three and a half minute video went viral. The video, which ends with the sounds of the injured Walton repeatedly screaming, “Dag Gummit, Obama, you sum bitch!” broke viewing records on a popular video sharing website and was featured in the opening monologues of several late night talk show hosts.

“Dag Gummit, Obama, you sum bitch!” became a popular catch phrase around the country and #DagGummitObama was the number one trending hashtag on Twitter for several weeks.

The popularity took a dark turn when Cletus Walton took Bobby Walton, Jr. to court and sued him, claiming the younger Walton profited illegally from Cletus’ likeness. Bobby Walton, Jr., a Navy veteran, founded the DGO Apparel Company, which featured a popular line of “Dag Gummit, Obama, you sum bitch!” t-shirts, glassware, hoodies, and hats. Sales were generated largely through the DGO Apparel Company’s Facebook page that featured the video of Cletus as well as several other humorous videos.

In his testimony, Bobby Walton, Jr., stated, “I had no idea a veteran could make so much money just puttin’ funny videos on Facebook and sellin’ t-shirts! Who knew?”

The publicity surrounding the video and the high-profile court case caught the attention of Mitch Doolittle, founder and CEO of the Hold My Beer Fund. The Hold My Beer Fund is a 501c charity that, according to their mission statement, “provides support and assistance to injured rednecks and their families.”

On Thursday, Doolittle and members of his staff, surprised Cletus Walton at his rural trailer home and presented him with a custom designed prosthetic leg. The prosthetic leg is emblazoned with the popular BushLurker brand camouflage pattern, the NASCAR number 79 centered on the shin, and “Dag Gummit, Obama, you sum bitch!” engraved down the side in Old English writing.

“I’m dang near speechless,” a teary-eyed Cletus Walton told Article 107 News, “This
is the nicest thing anyone has ever done for me! They even put Number 79 on the dang thing! That’s my favorite!” (The number 79 car was raced by driver, Keith Murt, also a native of Paducah).

We spoke to Mitch Doolittle who told us he felt honor bound to help. “When we see a fellow country boy…some people say redneck, but I like to say country boy…who has been injured by his own sense of adventure and misguided judgement, the Hold My Beer Fund steps in.”

As the impromptu press conference ended, shouting could be heard from inside the Walton trailer. A man’s voice, possibly Cletus, could be heard yelling, “Piece of [expletive deleted]! Why they ain’t put no pro wrestlin’ on it, too!”

As of press time, there was no comment from Bobby Walton, Jr., who has since closed his t-shirt business and started a veteran-oriented online coffee business.