You are here: Home / Entertainment / Mississippi Mayor Resigns Amid Outrage Over George Floyd Comments, “I will always surrender to the mob mentality”

Mississippi Mayor Resigns Amid Outrage Over George Floyd Comments, “I will always surrender to the mob mentality”
by Maxwell Paddington

PETAL, Miss. — Hal Marx, mayor of Petal, Mississippi, accepted calls for his resignation after he made inflammatory comments following George Floyd’s death in Minneapolis, sparking outrage. Petal residents demanded his resignation amid protests, which are planned to take place over the next three days. The controversy began Tuesday with a fiery tweet from the mayor, saying: “Why in the world would anyone choose to become a police officer in our society today?“

Marx referenced Minnesota police officers fired earlier this week, following Floyd’s death after being pinned to the ground by one of the officers. Marx also conflagrantly opined: “I didn’t see anything unreasonable. If you can say you can’t breathe, you’re breathing. Most likely that man died of overdose or heart attack. Video doesn’t show his resistance that got him in that position. Police [are] being crucified.”

Marx’s incendiary remarks also included: “I think that people are so quick to judge the police before they have all the facts,” he said. “I can’t say whether a crime was committed or whether they did anything right or wrong, all I’m saying is don’t rush to judgment based on what you see in that video.”

“I will always surrender to the mob mentality,” said Marx, adding that he and his family had appropriately received death threats. 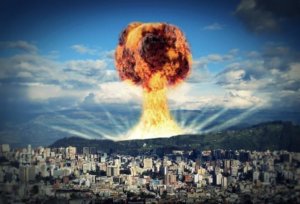