HomeEntertainmentMovie Review: Deadpool Sucks, And The People Who Like It Are Idiots 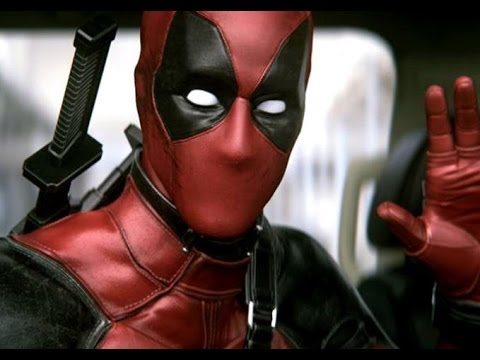 Movie Review: Deadpool Sucks, And The People Who Like It Are Idiots
by Prof. Gordion St. Visage du Testicules, PhD, Associate Dean of the Yale Theatre Studies Program

Not since the fall of wicked Babylon have we seen a spectacle as pitiful as the one playing out in theatres across these wretched United States. Am I speaking of the limp, tepid career of Ryan Reynolds, whose consistent failure to tap into his natural homoerotic appeal has doomed him to always come up short in comparison to Ryan Gosling, a far more talented thespian willing to embrace the power of the effeminate?

Or am I speaking of the sad pantomime show of a superhero film released in the month of February, that saddest of genres for the smallest of minds loosened upon our collective conscience during the month when studios are eager to unload their worst offerings unto the gluttonous masses?

The answer of course is that this latest display, the movie called Deadpool, for no reason that any sensible person can fathom, is merely a simulacrum for the failed career of Mr. Reynolds, and another reminder of the current decrepitude of the visual arts within the American republic.

As one who utterly disdains comic books (those tired retreads of classical mythology bundled in tropes that were old when Capote was first drafting In Cold Blood), I cannot for the life of me understand why Mr. Reynolds would subject himself to the humiliation of such base material after putting in a suitably workmanlike performance in what appears to be the exact same role when he starred in the 2011 outing Green Lantern.

The lowbrow pedant to whom such material is marketed might retort that one title falls under the mantle of DC while this current ill-conceived disaster is helmed by Marvel, but that no more illuminates the raison d’etre of this piece any more than it would to compare the taste of goose excrement with that of dog excrement.

And make no mistake, Deadpool is eager to revel in its base, fecal nature. One longs for the days of the French New Wave, when Warren Beatty’s understated performance buttressed the shock of graphic violence in order to lay bare the hypocrisies of the zero sum world of the Cold War. This film makes for a poor successor, with each successive shock more telegraphed and desperate than the last. What are we to make of a work of art (in the broadest and kindest possible sense of the term) that revels in viscera and stupidity with equal aplomb?

Why is the villain named Ajax when he clearly has no connection to his namesake in the Iliad? Is Morena Baccarin so utterly without self-respect that she would take the role of the damsel in distress? Of course I joke. No one associated with something as derivative and dull as Firefly could hope for more than this sort of work. Just to pay the bills, one suspects.

I will not bore the reader with the details of the plot, as my extended trip to the restroom proved to be far more entertaining than another origin story ripped almost beat-for-beat from Joseph Campbell’s The Hero With a Thousand Faces.

The kindest thing I can say about this entire enterprise is that, compared to the median entry in the genre, Deadpool is mercifully short. While this will no doubt disappointing the slavering ranks of fanboys who would pay $8 for the lead actor to urinate directly into their mouths, it is a relief for people like myself who must endure such material for a living.

In a time when one can comfortably consume the entire oeuvre of Francois Truffaut from the comfort of one’s living room, you should be deeply ashamed of yourself for watching something like Deadpool. If I were to give it a grade, it would easily be an F-minus.

Confession: We haven’t seen Deadpool yet, we just imagined what Ryan Reynolds would say about his own movie, and ran with that.  We’re big Ryan Reynolds fans, and this movie looks totally bad ass. We don’t really think you’re an idiot if you liked Deadpool, we’re just jealous you’ve seen it and we haven’t.  If you read this far in our article, congratulations!  Now go make fun of all the people who think that is was a real review. “Prof. Gordion St. Visage du Testicules,” indeed…