CAMP MACKALL, NC – Amid the recent buzz surrounding the long awaited second season of the Serial podcast, which focuses on the Bowe Bergdahl case and last week’s arraignment on charges of desertion and misbehavior before the enemy, one other development around America’s most infamous captive soldier occurred with little fanfare or media coverage. Article 107 News brings you this exclusive.

At a small, solemn ceremony in the wooded hills of Camp Mackall, North Carolina, the housing and holding area for drop-outs from the Army’s SERE Course was christened the Sergeant Bowe Bergdahl Non-evasion, No Resistance, and Forget About Escaping Center of Excellence.

The SERE Course, or Survival Escape, Resistance, and Evasion, is a highly secretive school designed to teach those soldiers at high risk of capture how to survive in the wild while eluding capture and returning to friendly lines and how to resist interrogation and torture at the hands of America’s enemies. The course is taught at the Col. James “Nick” Rowe Training Center, named after Nick Rowe, a Special Forces officer who escaped captivity after five years during the Vietnam War. Rowe later went on to write Five Years to Freedom. Rowe’s book is considered a classic within special operations forces.

Sources in the 1st Special Warfare Training Group (Airborne) spoke to Article 107 News about the renaming.

A SERE instructor identified as “ 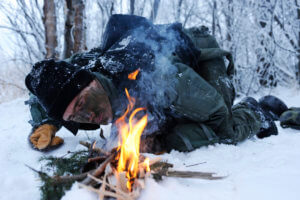 SFC Jimmy”, a thirtyish muscular NCO with a battle scarred face, told us the naming was symbolic for the school’s mission.

“The schoolhouse was named after Nick Rowe because he embodied the spirit of the American fighting man through his constant attempts to escape captivity and resist the Vietnamese,” Jimmy told us, “So it only made sense to name the area where we keep the quitters and the BOLOs after Bergdahl, who was basically the opposite of Rowe.”

When a SERE student quits the course, he or she is placed in a special holding area away from other students while they await out-processing. The holding area, while never before formally named, was colloquially referred to by cadre and student as “The Gulag.” The area also holds students who drop from the Special Forces Assessment and Selection Course, or SFAS. 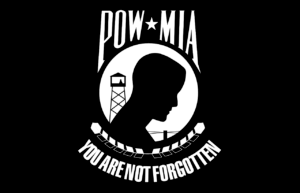 “Basically, Bergdahl not only didn’t resist capture, he walked away and looked for Taliban to turn himself in. He gave up on himself and his unit,” Jimmy told Article 107 News. “So now the quitters can spend their out-processing time bitching and making excuses in a place named after their role model.”

Article 107 News was unable to reach Bergdahl or his lawyer for comment.