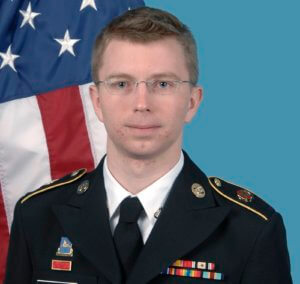 SPC Haverstraw’s official photo, where he is clearly imagining himself in Middle Earth.

FT. HOOD, TX – Saying that he was “totally cool” with the situation that left him alone by himself with zero invitations to spend time with his colleagues, awkward Army Specialist Ken Haverstraw told reporters earlier today that he was “thrilled” to be spending the overwhelming majority of the holiday weekend in the barracks by himself.

“The guys at work, they know me,” said Haverstraw, thumbing through his collection of Robert Heinlein novels in between sips from a 2-liter of Mountain Dew. “It’s been a really long week in the commo shop, and I would hate to go out to that lake cabin that Specialist Durmott’s parents own and sprain an ankle or something with the APFT only two months away. Plus I totally have to finish my second run-through of The Witcher 3 before they release the next DLC.”

Haverstraw made an elaborate show of studying for the NCO board, even though his immediate superior, Staff Sergeant Emilia Rodriguez, told Article 107 News that she would sooner “perform dental surgery on myself with a Leatherman” than consider Haverstraw for a position where he would be responsible for actual human beings.

Haverstraw, unperturbed by his unceasing loneliness, insisted that his awkward mannerisms endeared him to his chain of command.

“Whenever (the S-6) Captain Collins calls me a flippin’ weirdo, I know he’s just joshing around,” said Haverstraw, apparently oblivious of how the captain visibly recoils in his presence and keeps an extra bottle of hand sanitizer in his desk for use after dealing with his awkward subordinate. “That’s part of the soldier thing, you know. Giving each other a hard time about stuff because we’re so close.”

Haverstraw declined further comment, preferring to curl up with a copy of the Dungeon Master’s Guide before engaging in a rousing Twitter conversation with fellow Furries.

“That kid is going places,” said Command Sergeant Major George Burress when asked about Haverstraw. “Only one in headquarters who hasn’t pissed hot, had a DUI or gotten his ass beat in the parking lot of the Dollhouse. Expect to see him with chevrons before spring leave.”

Remember, you can’t judge a book by its cover. Unless it’s the Dungeon Master’s Guide. Then you can judge the hell out of it.