WASHINGTON, D.C. — Today, the Supreme Court ruled 9-0 designating straight white males a “protected group”. A protected group or protected class is a group of people qualified for special protection by a law, policy, or similar authority. These groups include men and women on the basis of sex; any group which shares a common race, religion, color, or national origin; people over 40; and people with physical or mental handicaps.

The impetus for the petition began years ago, after a democratic push to “level the playing field.” Journal of Democracy contributor, Lucan Ahmad Way said, “In many regimes, democratic competition is undermined less by fraud or repression than by unequal access to resources, media, and state institutions.” The Supreme Court ruling seeks to protect straight white males from the structural racism inherent in affirmative action, separate minority college entrance standards, hundreds of race-based minority organizations and scholarships as well as biases ranging from TV sitcoms and Hollywood movies to MSM outlets such as CNN, MSNBC and BET.

The process was expedited in response to widespread media and celebrity proclamations that “silence is violence“. The Court ruled that equating “silence” with “violence” infringes upon the civil rights of straight white males, previously the only non-protected group, as it: “de facto criminalizes and justifies violence toward, anyone not supportive of a particular political ideology.”

Now everyone is protected in the eyes of the law. 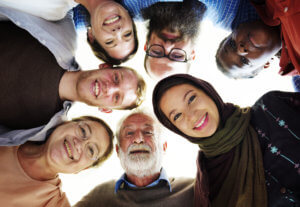