WASHINGTON, D.C. — Tabloid news website TMZ (Thirty Mile Zone) and National Enquirer became members of the White House press corps today. Several MSM outlets expressed outrage at the addition of tabloid news organizations into the once reputable press corps, however sources close to the president say the additions were made in acknowledgement of the undeniable evolution of MSM.

“We can all stop pretending it’s news,” said Trump pointing to CNN and MSNBC reporters. “It’s better for all Americans to get it out in the open. As Commander-in-Chief, let me be the first drop some unbiased truth bombs,” he said firing off several retweets from former GOP congressional candidate John K. Stahls. They are as follows:

*Referring to Stacey Abrams: “We just got a look at the official portrait for the self proclaimed Governor of Georgia. She fought a tough race, kissed a lot of babies and visited every buffet restaurant in the state. Joe will be a racist if he doesn’t pick her.”

*Referring to Nancy Pelosi: “Anyone know what’s going on with PolyGrip? I’ve noticed lately that her face seems glossy and she is sporting a poorly marked 2nd set of eyebrows.”

*Referring to Biden as “Malarkey the Racist” and as one of the “three stooges on steroids.” The other two people Stahl referred to as stooges in the same post are Pelosi and Abrams.

Senate minority leader Chuck Schumer was asked if any action was planned in response. “It’s disgraceful,” he said shaking his head. “But unfortunately everything he’s [Trump] retweeted is also substantively true.” 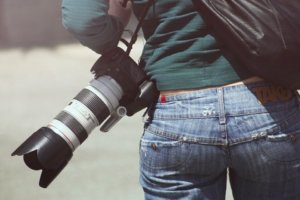 Media scientists estimate journalism died out about 5 years ago, replaced by tabloid media masquerading as legitimate, fact-based news. Objective journalism could not compete with the ratings and revenue from inflammatory sensationalism enhanced by social media. Focusing almost solely on editorializing, op-eds and partisanship rather than serving the public good through objective analysis of facts and information, today’s neo-tabloid MSM camouflages itself from public accountability through distraction (pictured above).