After declaring war on both COVID-19 and the Mexican drug cartels, President Trump has directed the worldwide implementation of the wartime General Order #1 (GO1).

But the military brass was having none of it.

“You heard the President,” said General Marcus Mildly, Chairman of the Joint Chiefs of Staff. “We are now a nation at war… against terrorism, ISIS, Al Qaeda, COVID-19, drugs… I lose track. But yeah. We’re fighting everyone. Everywhere. All the time. So it’s only appropriate that we adopt wartime orders. So suck it up, buttercups. You can get laid again in June. Maybe.” 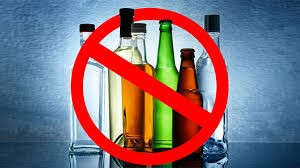 At publication time, there was not yet an established end date for the restrictions implemented by the new Stateside GO1.

_____
Article 107 of the military’s Uniform Code of Military Justice covers “False Official Statements.” As our name implies, we are a satirical site, and you shouldn’t think anything we publish is real. You should, however, mercilessly mock anyone who does. You can follow Article 107 News on Twitter at @Article107News. If you’re looking for real news, check out our sister site The Havok Journal. Or you can visit us on Facebook or follow us on Twitter at @HavokJournal.

…and send this to your friends in the military, and watch their heads explode.