You are here: Home / Entertainment / U.S. Military Bases to be Renamed after Disney Princesses

Military Installations to be Renamed after Disney Princesses
by Maxwell Paddington

WASHINGTON, D.C. (Pentagon) — In an effort to increase government transparency, all U.S. military bases worldwide will be renamed after Disney princesses. The announcement was made this morning by U.S. Army Gen. Mark Milley, in response to calls for renaming U.S. military installations named after Civil War confederate generals.

“Six media companies have controlled 90% of the media in this country since 2011,” said Milley. “232 media executives control the information diet of more than 330 million Americans, that’s one media executive per 1.3 million Americans. It’s time we honored these quiet professionals and their ubiquitous contributions to freedom.”

Congress is currently debating whether or not to replace the American Eagle with a cartoon mouse.

Americans can rest easy knowing the tree of good and evil is safeguarded by a handful of media executives. 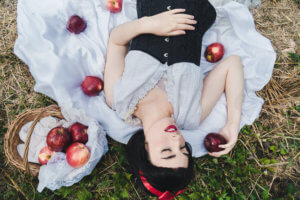