WASHINGTON, D.C. — In a landmark decision, the U.S. Census Bureau will no longer include racial demographic data, instead tracking “race” as “American”. The move will reduce census costs by 45% but is also expected to streamline all bureaucracies at the state, local and federal level by nearly 300% by eliminating affirmative action. The move comes after Chief Justice John Roberts’ ruling: “The way to stop discrimination on the basis of race is to stop discriminating on the basis of race.”

The move also has significant, far-reaching political and cultural implications. The impetus for the sweeping change began in 2014 during an interview with Morgan Freeman by Mike Wallace when Wallace asked Freeman how the U.S. could rid itself of racism: “Stop talking about it. I’m going to stop calling you a white man, and I’m going to ask you to stop calling me a black man. I know you as Mike Wallace. You know me as Morgan Freeman. You want to say, `Well, I know this white guy named Mike Wallace.’ You know what I’m saying?” Freeman also said that he found the notion of a Black History Month “ridiculous”, stating that Black history is “American” history.

In a subsequent 2014 CNN interview with Don Lemon, Freeman discussed President Obama’s push to make income inequality a national issue of debate. When asked by Lemon if race is a factor in wealth distribution in America, Freeman said, “Today? No. You and I. We’re proof.” “Why would race have anything to do with it?” said Freeman. “Put your mind to what you want to do and go for that. It’s kind of like religion to me. It’s a good excuse for not getting there.”

As for racism in society, Freeman opined, “If you talk about it, it exists. It’s not like it exists and we refuse to talk about it. Making it a bigger issue than it needs to be is the problem here.” 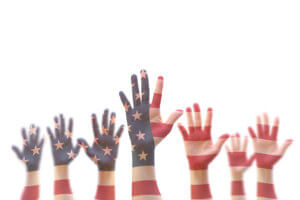