HomePoliticsBiden to Replace SCOTUS Vacancy with Woman of Color: “It clearly worked with Kamala” 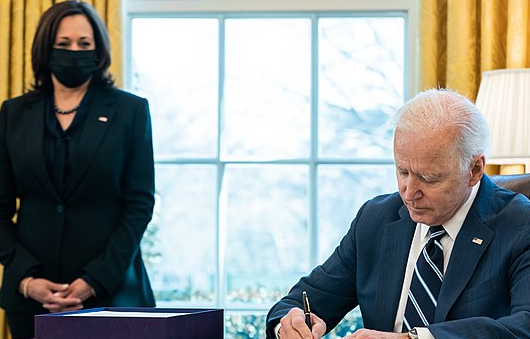 Following Justice Stephen Breyer’s retirement announcement, the Biden administration is set to replace the senior member of the Supreme Court’s liberal wing. In a rare White House press conference, Biden affirmed he will select a “woman of color” to replace Breyer.

“Qualifications, merit, and aptitude have their place, but should not overshadow identity, skin color, or other important politically-leveraged biological markers,” said Biden. “Our finest universities, rather than focusing on the socio-economically disadvantaged, have instead lowered admissions standards based on race since 1978. Why? Because this continues to be enormously successful in promoting diversity for diversity’s sake.”

Biden added, “That’s what it’s all about, isn’t it? I chose my VP because she was a woman of color, and look at the good job she’s doing–it clearly worked with Kamala.”