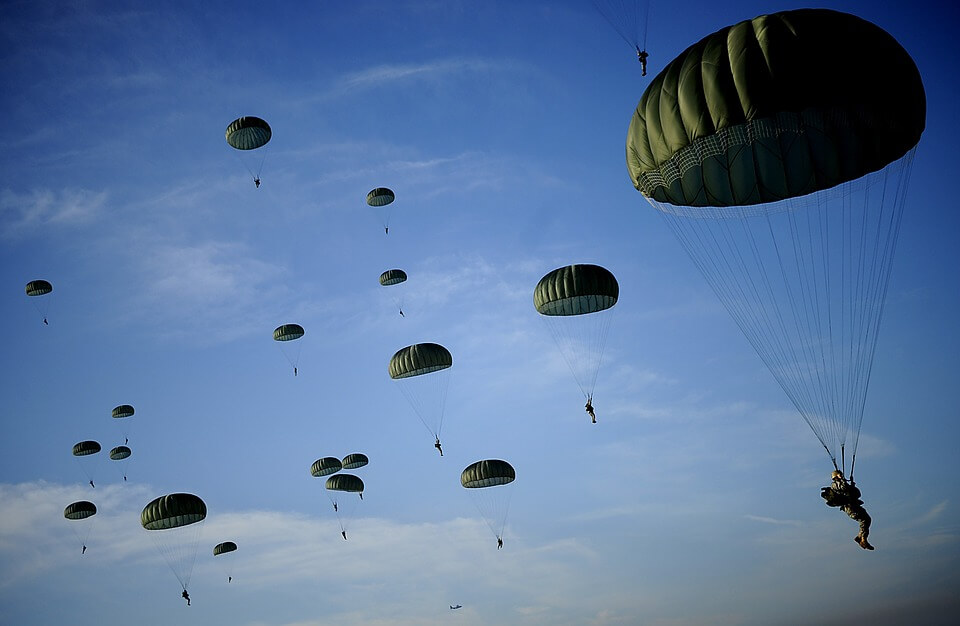 Fort Bragg, NC – The 82nd Airborne Division’s famed All American Week is coming up next week, May 23 through 26, 2016. The annual event in a homecoming for the veterans of America’s Guard of Honor and features a series of events including capabilities exercises, athletic events, and the 82nd Airborne Division Review. This year, the week-long celebration to the history of the All Americans will offer something new.

The Best Specialist Competition has been described as the “world’s premier opportunity for Specialists from around the Army to participate in a grueling series of events to determine who is the greatest shammer in the world.” Winners receive a commemorative Sham Shield and a bottle of Fireball cinnamon whiskey.

“A lot of guys can talk the talk about being great shammers,” said Specialist (Retired) Craig Walton, the 2009 winner, “But BSC gives us…and the whole Army…a chance to see who can sham the sham.”

This year’s events include favorites like the Day and Night Sham Navigation in which competitors are given several points on a land navigation course and have to try and get as many point identifiers as possible without physically going to the points themselves.

Also returning this year will be the Morning Formation Spot Jump, a highly technical event in which the prospective Best Specialist must assume his correct place in a simulated morning formation as close to the First Sergeant’s command of “FALL IN!” as possible. This event disqualified nine teams during the 2015 competition. As an element of added realism, the competitors this year will actually perform the event at Zero Dark Thirty while heavily hungover.

The crowd favorite, Sick Call Ranger, will be held again this year. During Sick Call Ranger, the Specialists must attempt to fool Medical NCOs and Army Physician Assistants into giving them profiles and restriction to quarters. Candidates are judged on creativity and originality as well as quality of simulated injuries and diseases. Returning champion, Specialist Bobby Maldonado is rumored to be studying the signs and symptoms of Zika for this year’s event.

One new event being unveiled this year is the highly anticipated Sergeant Major Endurance Course in which competitors walk on the Sergeant Major’s grass with their hands in their Goddamned pockets. The specialist who gets the farthest without being smoked wins the most points.

“We’re really excited about working with All American Week,” said Walton, as he inventoried various items of excess TA-50 he had accumulated. “Some of our best and most successful shammers have come out of the 82nd, so it is only fitting to have the event here.”

Article 107 News tried to get an interview with last year’s winners, but neither Specialist could be located by their NCOs in order to speak with us.

…as if anyone in the Spec-4 Mafia would actually compete in something like this.  Sounds like extra work to me.

Paul J. O’Leary is an Army veteran and recovering class clown. You can follow him on Twitter at @PabloJames66