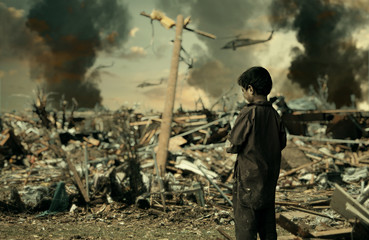 (Swizerland, NR) I recently had the chance to interview former President of Afghanistan Hamid Karzai at his Summer chalet in Lausanne, Switzerland. He had strong words for the Biden administration regarding their pullout from Afghanistan.

I was greeted at the door by Mr. Karzai’s butler, Hans; a tall Swiss German, with glaring blue
eyes and a no-nonsense attitude. Hans escorted me through several wings of the house, and
up several marble staircases to the study, “where Herr Karzai receives members of the press.”
Passing through double doors, I was taken aback by the size of the ‘study’. Richly appointed
with many leather bound books, and a broad picture window, thrown open to let in the
summer breeze off the lake.

Mr. Karzai immediately launched into me – apparently eager to get his opinion out to the press.
“This is unacceptable! For America and her allies to simply ‘cut and run’… we trusted you!
Now the World will know that America does not keep her promises. ”

“I am besides myself with grief at the complete failure of the United States government to
assist my people. When I think about all the sacrifices my country has endured over the years,
and the toll this has taken on my family…”

His eyes turned to the shimmering blue water of the lake, and his voice trailed off. He paused
to wipe away a lone tear.

“People simply do not understand. This has deeply affected my family. My brother… my
brother is so distracted, he crashed his Bugatti the other day. Now, he has to drive the Porsche
while it’s in the shop.

My youngest children no longer want to visit our family horse stables. Why am I paying to feed
and house 15 horses, then? Why!?

And now… none of my mistresses want to see me.”

He blew his nose into his silk handkerchief, wadded it up, placed it on the table. He snapped
his fingers for his butler, Hans, to remove the bundle of blue-gold Versace. He then
continued…

“It’s so depressing, I’m even thinking of not taking our private jet to the Seychelles.”
‘But,’ he added, putting down his champagne flute and adjusting his Rolex, ‘like the brave
American Soldiers would always say, duty calls. I will go, just as it is time for your departure.”
He then had Hans see me to the door. It seemed too abrupt, but I somehow felt that nothing
good would come from staying longer.

Walking through the marble halls of his mansion, I paused to reflect on the United States’
experiences over the last 20 years in Afghanistan. About the friends I have lost there. About
how defeating terrorists turned into nation building, and how nation building turned into
pouring money down a hole. Thinking about building schools in Kandahar, when we could
(should?) have been building them in Kansas. It’s almost enough to make you cynical.

Almost.
_________
Article 107 of the Uniform Code of Military Justice covers “false official statements,” and our motto is “the fact, before they happen.” We’ll leave it up to you to deduce what that means for the accuracy of the information in this story. Here’s a hint: the only “exclusive” thing about this article is that we exclude the facts from it. Happy reading.