You are here: Home / Military / Aging, Long-Forgotten General Has Opinion On “The Gays”

Aging, Long-Forgotten General Has Opinion On “The Gays”
by Noah Ward 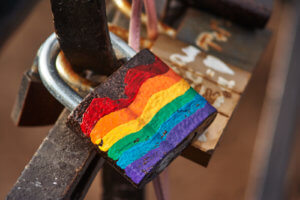 “The gays” will never understand.

“Never before in my long service to this country have I so feared for the safety of the Republic,” said Dees, a figure so obscure that not a single one of the currently-serving 45 brigade combat team commanders has any idea who he is. “We have to wake up to the fact that moral decay is the greatest threat facing the American people, far exceeding the dangers posed by ISIS, economic instability, growing Chinese militancy, crumbling infrastructure, destabilizing Russian interventions into civil conflicts, cyber terrorism, and climate change.”

“History has shown us time and time again that great societies crumble from within,” said Dees, who holds no degrees in history, sociology, or comparative politics. “I mean, you just can’t argue with the facts. I’ve got nothing against the gays as a people, other than their eventual damnation in the fires of hell, but they certainly aren’t cut out for military service.” Dees paused to collect his thoughts and take his cholesterol medication. “I can’t claim to know any gays personally, but I think their very presence in a front-line combat unit would be disruptive to good order and discipline,” he said, apparently ignorant of the hundreds of homosexual Americans who had worked side-by-side with him and quietly endured his stupid opinions throughout his entire career.

“Let me tell you something about combat,” Dees said, launched into a detailed recap of his forty-year career in the infantry that somehow did not include participation in a single major combat operation. “When you’re in combat, there are no neat little social barriers between you and your fellows. It’s just you and the other man in the foxhole, in the dark, totally exposed.” Dees licked his papery lips and pointed a skeletal finger towards the ceiling. “Only God knows what goes on in that foxhole. You’re vulnerable and afraid, and you have to trust the other guy completely. You might experience a momentary pain, but afterwards there is a bond that you can’t just talk about in polite company. You’ve done unspeakable things together, but because of that you trust each other completely. You have each other’s back so often that you know his back better than the back of your own hand.”

“That’s just something the gays will never understand.”

General Dees: Come on, sir, it’s time to wake up and smell the 21st Century. Nobody cares about this non-issue anymore. “The gays” are here to stay.