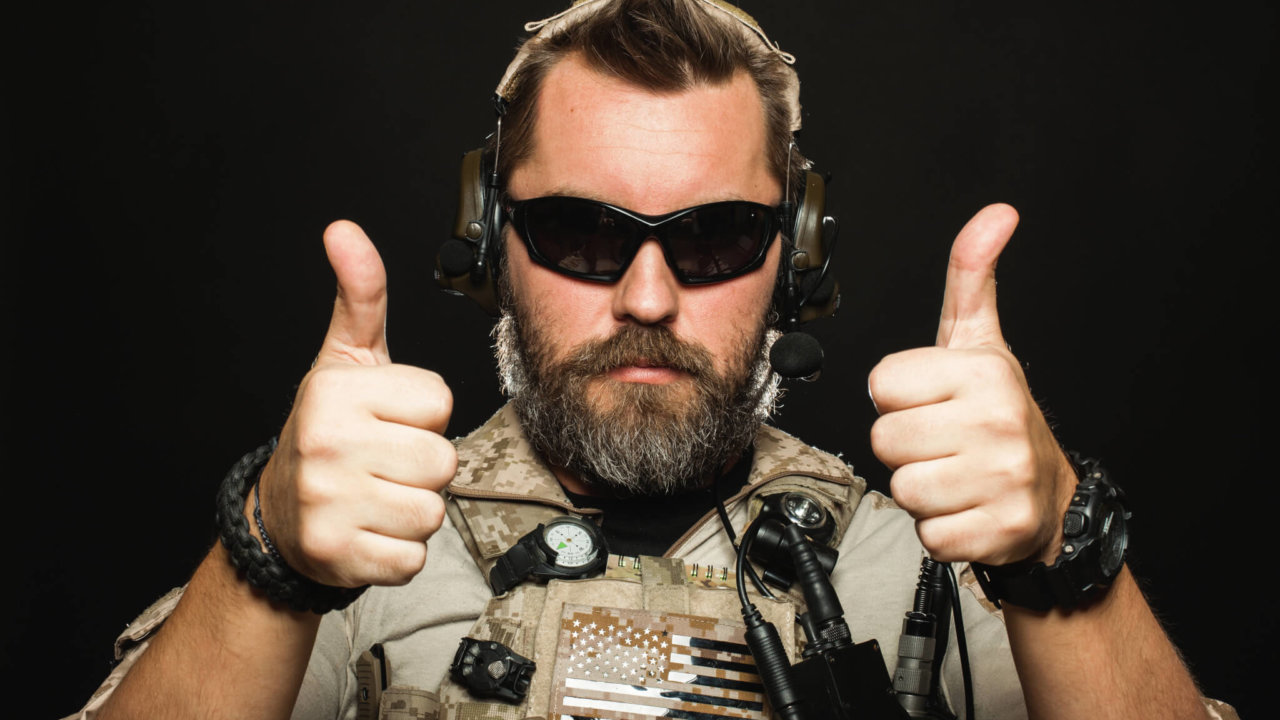 COLUMBUS, GA – The end of the holiday season means a lot of things: gyms are full, the kids are back in school, and Obama is off golfing somewhere. But for the lovers of combat chic, January means something far more important: the New Year’s Tacticool fashion guidelines! 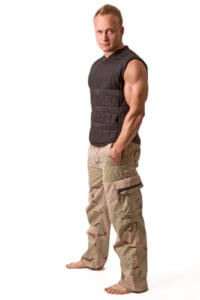 Speaking at a press conference in the parking lot of Ranger Joe’s outside Fort Benning, William “Raven Six” Conroy, president of the North American Tacticool Counsel, or NATC, announced the 2016 Tacticool Fashion Guidelines. Started in 2009, the fashion guidelines have become THE bible for the fashion conscious tactical guys and girls who don’t fear the enemies of freedom, but do fear committing a range wear faux pas.

“Fashion has become a critical part of the tactical world,” Conroy, 34, told Article 107 News, “Nobody in our community wants to get caught dead wearing woodland camo BDU pants at the range. I mean, 2005 called and they want their camouflage back, you know?”

The important announcement was made just in time for SHOT Show being held in Las Vegas, Nevada.

Among this year’s fashion highlights, ACUs are out and MultiCam is in!

“The gray ACUs were never a big hit. They scream Big Army FOBBIT,” Conroy said while gnawing on some energy bar he assured us “all the Tier 1 guys eat”, “If we ever fight a war on the surface of the moon, for sure the ACUs would be great, but this isn’t Starship Troopers.”

Article 107 News received a copy of the new fashion guidelines that include the following highlights:

leaser! Plus, with the upcoming release of Range 15, you’ll want to fly the colors!”

“Don’t throw away those old DCUs just yet! The desert camouflage jacket or boonie cap is a great addition to any ensemble when you want to sport that retro look! Nothing says Fallujah 2003 like DCU!”

“5.11 Pants and beards are still the gold standard! Don’t forget your operator cap!”

Conroy, who never served in the military, owns multiple firearms, and sports a Molon Labe tattoo across his forearm, warns that failure to stay abreast of current styles can result in a very embarrassing situation at the local gun show or Mil-Sim tournament.

“You never know when you’re going to come across a kindred spirit from The Teams or one of the special units…guys who you share a bond with…an admiration. That’s NOT the day you want to be caught in OD colored pants. Those guys all rock the Coyote Tan. It’s about maintaining a standard, you know? Dress for the job you wanted but never went for.” 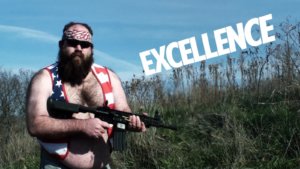 “We provide a service to the community,” Raven Six added as he took a drink from his HydroFlask, “I mean, there was a time when you could rock the black fleece jacket and Nalgene bottle and look totally bad ass, but try that junk today. You would look like a total POG!”

As of press time, Article 107 News did not receive a statement from any active duty personnel or actual veterans.