You are here: Home / Politics / At Last! The World is Finally Awokening to Cancel Culture

At Last! The World is Finally Awokening to Cancel Culture
by Untactic Al

Due to the outrage of a small percentage of the world population over certain historical edifices being constructed in circumstances less than palatable to current social sensibilities, the following are slated for destruction in 2021, assuming anyone is still alive to push the buttons:

1. The Great Pyramids – constructed by Pharaohs using slave labor.
2. The Palace of Versailles – built by King Louis XIV who oppressed and taxed the masses to fund his lavish lifestyle.
3. The Great Wall of China – built by Chinese Emperors to keep out people from neighboring countries who just wanted a better way of life.
4. The Coliseum in Rome – built by Roman Emperors Vespasian and Titus, who utilized slave labor and subjugated and taxed most of the civilized world. The Palatine Hill is also on the list.
5. The Vatican – due to Catholic abuses of Protestants in the Middle Ages and all the sex stuff that is still going on.
6. The Acropolis – a symbol of Greek world domination by Alexander the Great.
7. The British Museum – a symbol of hundreds of years of British colonialism, and the systematic pillaging of nations conquered at the point of a bayonet.
8. The Taj Mahal – built by a known misogynist.
9. The U.S. rail network – built by Chinese laborers who were mistreated and paid substandard wages.
10. The Washington and Jefferson monuments – slave holders. Washington DC and Washington state will also be renamed.
11. Independence Hall – a symbol of white privilege.
12. The White House – self-explanatory.
13. The Panama Canal – built in unsafe conditions with natives who were cheated of pay.
14. Christ the Redeemer in Brazil – a symbol of Christian persecution against non-Christians.

This is just the first list. U.S. currency is up next as are street names and schools. If anyone is old enough to remember the generic aisle at the grocery store, well that’s where we are headed.
I wonder what people will do when they can’t find anything to be offended about? 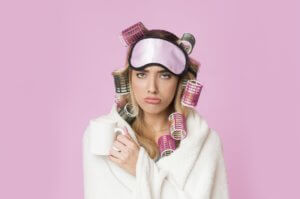