You are here: Home / Entertainment / Biden “Gaffes” Decoded by NSA, Determined to be Family Recipe for Delicious Word Salad

WASHINGTON, D.C. —  Wednesday, former VP Joe Biden announced his plan to “combat systemic racism and economic inequity.” By analyzing previous speeches and cross-referencing them with his latest, NSA cryptanalysts uncovered a sophisticated encoded message determined to be an old Biden family recipe for word salad. Below are the collated de-coded ingredients:

A Biden Presidency is sure to cleanse the colon of freedom in America. 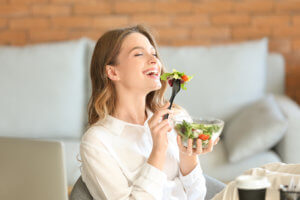 Article 107 of the military’s Uniform Code of Military Justice covers “False Official Statements.” As our name implies, we are a satirical site, and you shouldn’t think anything we publish is real. You should, however, mercilessly mock anyone who does. However, in this case the gaffes are real as is the salad recipe. You can follow Article 107 News on Twitter at @Article107News. If you’re looking for real news, check out our sister site The Havok Journal. Or you can visit us on Facebook or follow us on Twitter at @HavokJournal.