You are here: Home / Entertainment / California is First State to Declare Itself a Coronavirus Sanctuary

SACRAMENTO, CA – California governor Gavin Newsom spoke at a news conference this morning declaring California a sanctuary state for the Coronavirus, or COVID-19. The governor is making good on his January 2019 inaugural speech promise of “sanctuary for all who seek it”, stating: “This reflects the commitment I made to the people of California.” He reminded the crowd of dozens maintaining their social distance near the steps of the state Capitol, “People’s lives, freedom, security, the water we drink, the air we breathe — they all hang in the balance.”

Newsom maintained that the virus should not be “ripped away from its hosts” at the border, and shouldn’t be left hungry while Trump pledges to spend billions on “a wall that should never be built.” Newsom has repeatedly referred to the current administration as corrupt and incompetent, vowing that California will “write America’s future.” 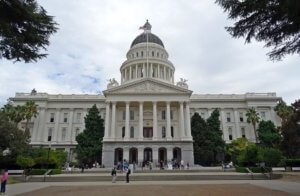 The announcement drew sharp criticism from President Trump who considered sending those with symptoms of the virus, but not yet tested, to California for sanctuary. Newsom described Trump’s proposal of funneling “undocumented” COVID-19 patients to California as “political theater”. He went on to say, “It’s un-American. It’s illegal. It’s immoral. It’s rather pathetic. I don’t know what more I can say.”

Newsom then added, “To use immigrant viruses as pawns — to put them in difficult and trying circumstances as political theater shows how low a human being can go. And this human being happens to be sadly and tragically the president of the United States.” 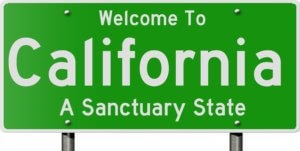