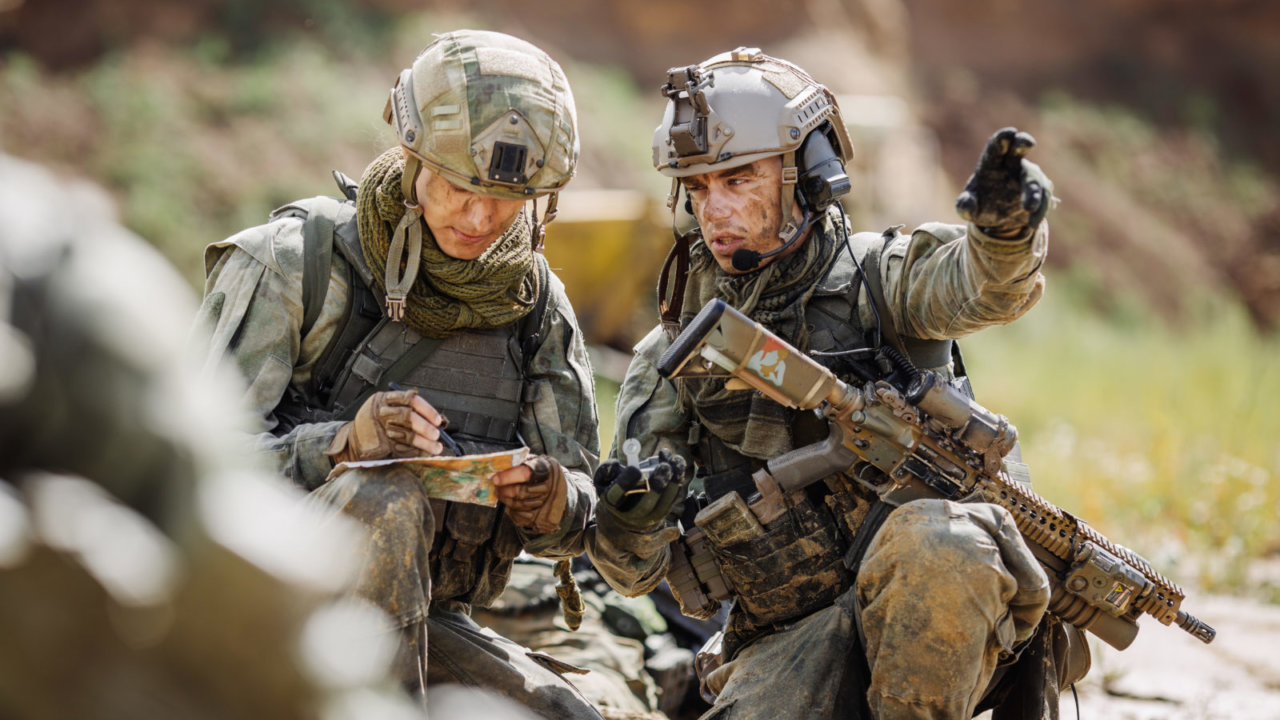 FORT CARSON, CO – A young company commander with the 4th Infantry Division at Fort Carson, Colorado was shocked to learn that his brilliant new battlefield technique is actually doctrine from 20 or more years ago.

Captain Ernesto Rodriguez, a 2010 graduate of the United States Military Academy at West Point, was teaching his groundbreaking new method to “enter and clear a room” to the junior enlisted members of his company during Sergeant’s Time Training last Thursday afternoon. After expressing surprise that his team leaders were able to master the new tactics so quickly, something he attributed to the simple brilliance of the technique he created, his world was forever shattered. That was when his senior enlisted adviser, First Sergeant John Teale, pulled out a battered copy of FM 7-8, The Infantry Rifle Platoon and Squad, from 1992, and broke the news to his commander.

“As it turns out, basic battlefield techniques haven’t changed that much in the last 30 years or so,” 1SG Teale explained in an email interview with Article 107 News. “Chances are, if it’s worth doing, someone has already written about it and/or tried it, and it’s already in doctrine. So when the Good Idea Fairy comes around, sprinkling that “check out my new good idea” dust everywhere and making more work for everyone, the best thing to do is swat that bitch down quickly with solid tried and true doctrine, backed up by actual battlefield experience.”

“Don’t get me wrong,” he continued, “Captain Rod comes up with a lot of great ideas, but for the most part they’re great ideas that someone else came up with a long time ago. And to be honest, some of them aren’t even good ideas, which is why they never made it into doctrine in the first place. But look, with Captain Rod’s focus on individual and crew level collective tasks and his limited ability to see the big picture, I’m sure one day he’ll make a great squad leader.”

Sergeant First Class Frank Barnes, a platoon sergeant in 1st Platoon, was less sympathetic. “I’m going to give it to you straight, the problem used to be that young officers were too ‘by the book,'” he explained, sharpening the edge of his entrenching tool as he sat alone in the company day room. “Now, no one looks at the book at all, they all want to be “outside the box thinkers” or “disruptive leaders” or whatever buzz phrase they’re learning through the Internet these days. They say things like “I want to go into this with an open mind, when they should have their nose in every book, every AR, and every TTP out there.”

Despite the devastating news that his new tactic isn’t new at all, Captain Rodriguez still expects to receive credit for it in his next evaluation.

No officers were harmed in the making of this article. Well, not physically, anyway.