HomeMilitaryNaval Academy Professor Manages To Protest His Own Job 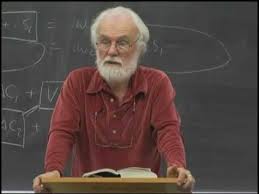 ANNAPOLIS, MD – Raising alarm in a number of academic circles, tenured English professor Hughbert Dingus successfully protested his way out of a job at the United States Naval Academy. While this was far from the first protest that Dingus had made in regards to his comfortable, high-paying, low-stress job, this time he succeeded in removing himself completely.

“My integrity as a scholar depends on my ability to speak the truth to the young midshipmen who will lead the future of our Navy,” Dingus remarked during this latest protest. “As such, I am morally obligated to point out fraud, waste and abuse, no matter how uncomfortable it makes the so-called “leadership” of this academy. And there is not a single instance of fraud more blatant than my continued employment at this institution.”

Dingus, who has never managed anything more complicated or dangerous than the ticket booth at a Renaissance Faire, has been a long-time critic of how the Naval Academy teaches and practices leadership. It didn’t take long for the Academy staff to provide an official statement.

“Look, we go out of our way to put up with a lot of this liberal BS about respecting the opinions of others or promoting the free exchange of ideas,” said Vice Admiral Walter “Ted” Carter, Superintendent of the Naval Academy. “So when Dingus wrote his first article in the New York Times, we put on our best face and tried to pretend that we were happy about that crap.

And when he wrote again for NPR, we forced a smile and said that maybe it made us look good somehow. And when he wrote again in Salon, we patted ourselves on the back for putting up with his dumbass. But finally we have to admit that he has a point, and so we are going to help him engage in the noble academic tradition of unemployment.”

Senator John McCain, chairman of the Senate Armed Services Committee and 1958 Graduate of the Naval Academy, told reporters that he was thoroughly convinced by Dingus’ protest.

“I was a bit skeptical at first, but upon further review it seems like this is a great chance to clean out some of the unnecessary and useless aspects of the Academy. That is why I am proud to co-sponsor the 2016 Naval Academy Reform Act.”

If passed, the Naval Academy Reform Act, or NARA, will keep all operations at Annapolis exactly the same, with the sole exception of reducing the staff of the English department by a single civilian professor. It is projected to pass 99-0, with Senator Marco Rubio expected to be absent.

As of this morning’s report, Prof Dingus welcomed the passage of NARA. He plans to join the faculty of Trump University this fall.

We’re big fans of academic freedom and the 1st Amendment, especially when it lets us make fun of pompous d-bags who make 6-figures working for the government and then complain about it.