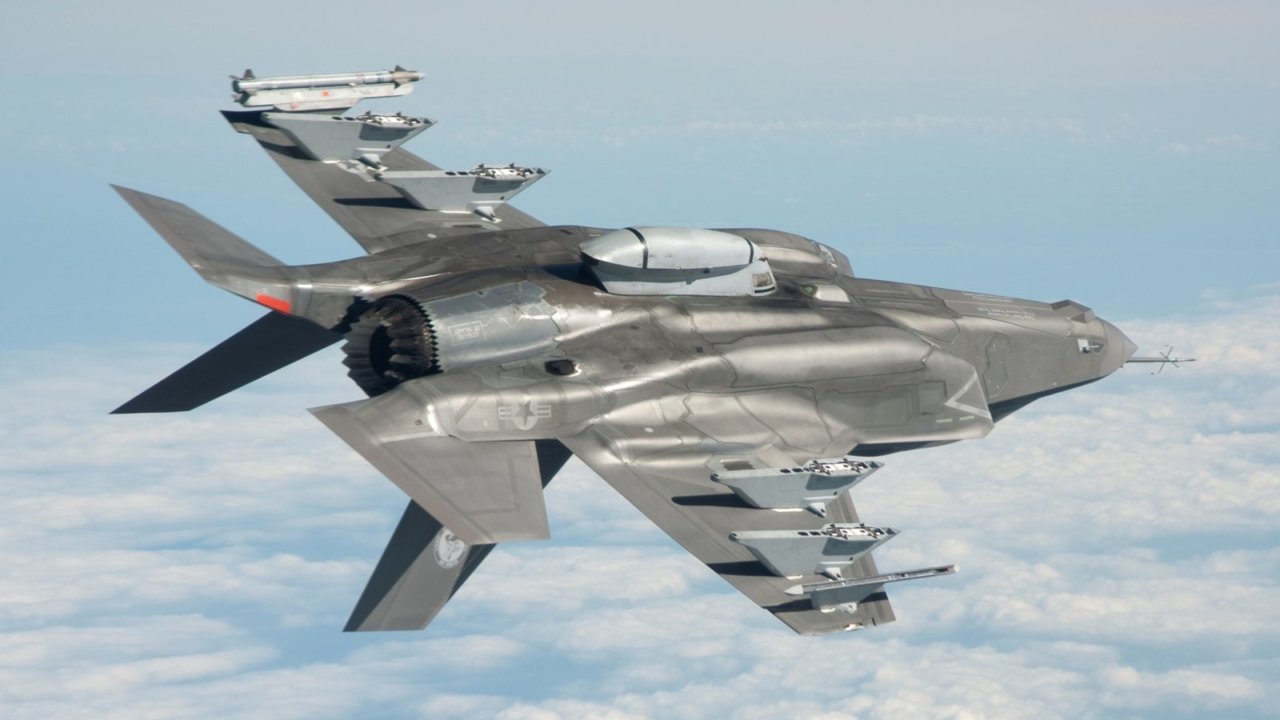 (“Hero of Minot” pictured below)

MINOT AFB, ND – In what lawmakers are describing as the only logical response, the 2019 Defense Budget just approved by Congress will give roughly $100 million to Dwayne Nelson, an Air Force captain stationed at Minot AFB, who sexually identifies as an F-35 fighter jet.

“Look, I get that a lot of people don’t understand,” Captain Nelson told reporters as he rubbed his hands over what he described as his fuselage. “But those folks have to get over it. For way too long people like me have had to live in the shadows, misunderstood and grossly underfunded compared to those who were born as F-35s”. Nelson teared up as he went on to describe the humiliation of going out on the town with his friends who still identify as humans in the United States Air Force, where their annual pay was only twice as much as the average civilian, not the 2,000 times more that an F-35 would be worth.

“It’s not my fault that I’m worth this much,” Nelson said as he wiped away his tears with a fistful of $20 bills. “If you were an F-35 too, you would understand.”

Senior leaders within the Air Force were quick to praise the bravery and honesty of Captain Nelson, heralding it as a sign of the military service embracing its proud heritage and changing social trends.

“I of course fully support the diverse and talented group of patriots who serve in the United States Air Force,” said General David L. Goldfein, the Air Force Chief of Staff. “I think it says something special about our service that a young person can step forward and defend the nation regardless of where they come from or whether they refer to their genitals as their boom and receptacle.” When asked about his confidence in Captain Nelson’s mental health, Welsh rebuffed the question. “I think that if we were to be really honest with ourselves, we would see that we all have a little F-35 in us.”

In a surprisingly bipartisan motion, both major parties in Congress were quick to agree that some budgetary adjustment was needed if Nelson truly feels that, but for the accident of being born a living person instead of an incredibly expensive and operationally questionable aircraft, he is an F-35. Congressman Duncan Hunter (R-California) spoke on the floor of the House of Representatives, declaring that “Not only are our non-metallic F-35s important to the continued existence of the Air Force, they are also vital parts of the local economy. While this young person might not be employing welders or missile technicians or aeronautical engineers, we cannot forget the Starbucks or North Face outlets or Fantastic Sams that rely on people like Captain Nelson to keep important jobs on American soil.”

As of this writing Captain Nelson was last seen buzzing around his squadron headquarters with his arms outstretched, failing to impress anyone but certainly taking all of the attention away from 1LT Nina Perez, the unremarkable but hard-working and indispensable staffer who secretly identifies as an A-10 Warthog.

Sadly, our attempts to sexually identify as poncho liners did not impress the RI’s during Mountain Phase.

Trump’s Physicians Prescribe MSM Cleanse to Treat Covid
Conservatives Flock to Closed Arizona Beaches in Support Trump’s “Resistance to Tyranny” Tweet
Biden Again Denies ’93 Tara Reade Assault, Insists He was “giving directions to the Capitol subway”
Biden Prepares for Tonight’s Debate by Sparring with Several Heads of Cabbage
Movie Review: Deadpool Sucks, And The People Who Like It Are Idiots