You are here: Home / Military / U.S. Army Major Able To Return To the Field for First Time in 5 Years

U.S. Army Major Able To Return To the Field for First Time in 5 Years
by Noah Ward

FORT BRAGG, NC – Reporting that he was “excited” and “totally pumped” to spend a night away from his house to oversee the running of the Battalion Tactical Operations Center, US Army Major Chad Cook went to a field training event for the first time in five years. 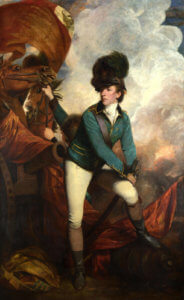 “This reminds me of all the reasons I signed up for the Army.”

“I mean, this is what the job is all about,” Cook told reporters as he showed off his immaculately clean poncho liner and his set of brand-new, completely untarnished TA-50 gear. “Sure, the guys at branch gave me a hard time for taking two years off to get a Masters in English Literature at Dartmouth University, but those three years I spent at West Point teaching freshman how to write a memo really gave me a new perspective on leadership.”

“I mean we had to put him somewhere,” said Lieutenant Colonel Mike Jurgens, Major Cook’s branch manager. “Trust me, I tried to find any overseas tasker that would minimize the damage he could do to a unit. But to be honest, while he was taking a knee all that time in grad school and then as a West Point instructor, after a couple years of nondeployable status I totally forgot about the guy.  I always give everyone coming out of West Point the absolute last thing left when the assignment slate comes out, and this year, that place was an airborne brigade.” Jurgens shrugged and took another shot of whiskey from the bottle he replaces in his desk drawer every Thursday. “Not the worst decision I’ve made.”

Cook, meanwhile, was ecstatic to re-embrace the life he had left behind.

“Y’know, this reminds me of all the reasons I signed up for the Army,” said Cook, who originally enrolled in  ROTC at the University of West Virginia in order to impress a girl he sat next to in calculus. Cook made sure to take the last of the coffee after cutting in front of three junior staffers who had been up for the past 24 hours setting up the TOC. “At the end of the day, it’s all about doing what is right for our soldiers.”

As of this writing, Cook could not name a single enlisted soldier in the battalion.

We actually have a lot of respect for West Point instructors.  It’s hard as hell to get one of those jobs, and it’s important work in support of the Army.  No, we’re not kidding.  Also, as far as we know, there is no “Major Chad Cook” in the US Army.  If there is… sorry, bro.