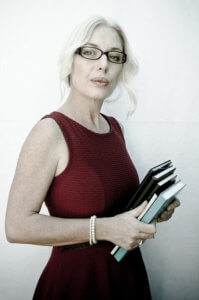 AUSTIN, TX – At a recent cyber-security conference in Arlington, Virginia hosted by Booze Allen Hamilton, Article 107 News investigative reporters learned about several highly sensitive cyber security initiatives put forward by U.S. Army Futures Command. Although some aspects of these initiatives are classified, Article 107 made the decision to provide our readers with this breaking information due to public interest.

The highly secret U.S. Army Futures and Concepts Center located at Fort Eustis, Virginia teamed up with Army Applications Lab at the University of Texas-Austin to launch a cyber-security program called Operation Hiding in Plain Sight. The idea behind the program is to confuse would-be Russian hackers by renaming domains, agencies, programs, and operations to names that Russian techno-nerds living in their moms’ basements would not ever think to hack. The Central Intelligence Agency’s Advanced Weapons Division discovered that Russian technicians are prolific porn users and protect the industry like Frodo protects his ring. The idea is that Russians would never attempt to infiltrate or sabotage something they love. 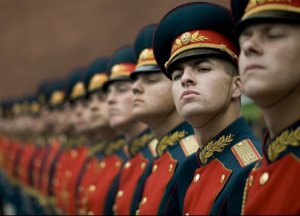 The pinnacle of the program is to change all Department of Defense email and website domains to .milf because Russian logarithms do not search for such combinations of letters. The logic is because the Department of Defense has come under increasing scrutiny from Congress to do something about its alpha-male testosterone-laden culture that, according to Senator Gillibrand, an open and notorious man-hater who panders to her ultra-left wing constituency, is the cause of all sexual harassment and sexual assault in the military. Article 107 was not able to obtain Senator Gillibrand’s explanation of the rampant sexual harassment of female staff members in Congress where a culture of skinny pants, lumber-sexuals, and trimmed beards leads an emasculated environment that doesn’t know how to drive a stick shift. Russians understand the American political environment and are hesitant to scrutinize anything that Congress already scrutinizes, i.e. American service members who like to have sex.

Hiding in plain sight is not a new tactic by the services. The Air Force is reported to be experimenting with a pilot program where male Airman do not wear pants to staff meetings.  In an Article 107 News poll of 1,000 female airman working with teammates participating in the pilot program, only one noticed that her male counterpart was not wearing pants, and she also indicated she barely noticed anything was there.

Russia understands that the U.S. military is desperate to reduce sexual harassment in its ranks, not only because it doesn’t like sexual harassment, something that has a deleterious effect on mission accomplishment, but also because it’s sick as shit of Congress getting all up into its grillz for purely political purposes.