You are here: Home / Military / Iran Releases U.S. Hostages After Realizing They Are Seamen

Iran Releases U.S. Hostages After Realizing They Are Seamen
by Noah Ward

TEHRAN, IRAN – Horrified Iranian officials announced this morning that they had released ten American hostages less than 24 hours from their initial capture after realizing that the captives were, in fact seamen, from the U.S. Navy.

“I swear before almighty God that we would never have taken them prisoner if we had known they were sailors,” Iranian Foreign Minister Javad Zarif said in a diplomatic cable to the U.S. State Department. “We have seen things now that our eyes can never unsee.”

Representatives of the U.S. Central Command reported mild enthusiasm about the prospect of the sailors’ return.

“I mean, I guess we have to be excited about this sort of thing,” said Captain Cory Howes, commander of Naval Support Activity in Bahrain. “You know, because it would have been a real tragedy for these young Americans to have been lost forever, even the one who somehow has remained a Seaman Apprentice for his entire tour of enlistment.” Howes paused to rub the growing crease in his brow as he reviewed the personnel files of the returning sailors. “A conviction for violation of Article 114 of the UCMJ? Christ, how do you even do that in the 21st century?”

The Iranian military was quick to state that no breach of discipline had occurred in the day of contact between enlisted members of the two naval forces. 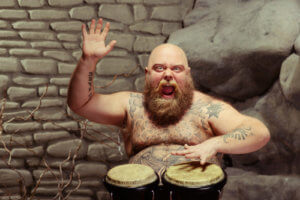 Previously-unreleased image of Chief Petty Officer Luke Gordon, who is shown here during his brief captivity in Iran earlier this week.

“Mothers of the Islamic Republic, rest assured that the virtue of your treasured sons remains intact,” wrote Rear Admiral Morteza Saffari, commander of the Revolutionary Guards’ Navy. “None of our brave sailors consumed forbidden fluids, or were tempted by the siren call of a wicked temptress to perform the Nae Nae, or performed any act with any goats that is outside of Iranian tradition.”

Unconfirmed reports indicate that the situation on the ground did not merit the official optimism of the Iranian government.

“The horrors that unfolded on this ship would have turned Prophet Mohammed’s beard white, peace be upon Him,” said a senior Iranian sailor who wished to remain anonymous as he tried to scrub unidentified bodily fluids from the deck of the Alvand-class frigate Sabalan. “I have buddies who have seen combat in Syria who say this is the worst thing they’ve ever seen.” The Iranian then tried to recall the details of a literal pissing contest instigated by the captured American sailors, which was won by the sole female captive.

“I’d probably rate this liberty as a 6 out of 10,” Seaman Apprentice Peter Bugiardo told reporters upon his release. “Like it was a total sausage fest, and it took us an hour to pull [fellow captive] Lopez out of that porthole, but we won every fight we started and I’m pretty sure that [fellow male captive] Richards isn’t pregnant, so that’s a big plus.”

When asked by reporters, Bugiardo said that he was definitely planning to re-enlist.