HomeEntertainmentJussie Smollett Relieved His Attacker Is Finally Behind Bars 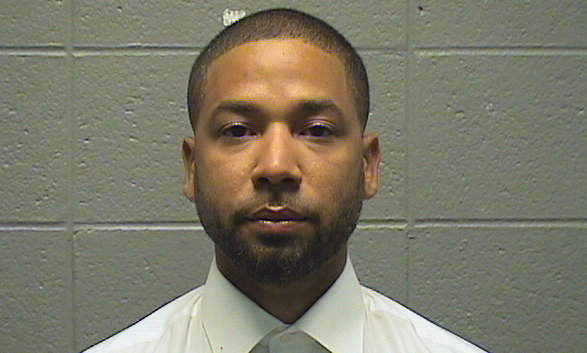 You might recall that Smollett, already almost-famous for a recurring role in the hit show “Empire,” became known around the world after he was allegedly the victim of a racist and homophobic attack on a cold and dark downtown Chicago night back in January of 2019.  Smollett told investigating officers, already predisposed to doubt his story simply by the color of his skin and not at all by the contradictory and highly-suspicious nature of his claims, that two white men beat Smollett and shouted “This is MAGA Country!” while pouring bleach on him and tying a noose around his neck.

Although Smollett’s story did not make the slightest bit of sense from the get-go, millions of blue-checked supporters quickly jumped on social media to shout down any doubters with shrill cries of “racist!” and “homophobe!” and the other standard epithets directed at critical thinkers who run afoul of the far left.

Smollett’s lawyer echoed those concerns today in an interview with Article 107 News, where he wondered aloud why it took so long to bring Smollett’s attacker to justice.  “The judge’s decision today confirmed what millions of people have been saying for YEARS now: that authorities have known all along with the identity of my client’s attacker,” said Jamal Lyon, Smollett’s attorney.  “It’s an indictment of our entire criminal justice system that took this long for my client to receive justice.  Justice delayed is justice denied!”

The justice administered in the case included 150 days in prison, over $120,000 in restitution, and two and a half years of probation.  Smollett thanked the judge in the case for allowing him to place “my fist in the fears of Black Americans for 400 years and the fears of the LGBT community,” whatever that was supposed to mean.

“I’m just relieved that the person responsible for this whole thing is finally behind bars,” said Smollett as his attacker was led out of the courtroom and into a prison cell.

Article 107 of the Uniform Code of Military Justice covers “false official statements.” As our name implies we are a satire site, and therefore you should believe everything we publish is as real as Jussie Smollett’s “MAGA Country” attack.