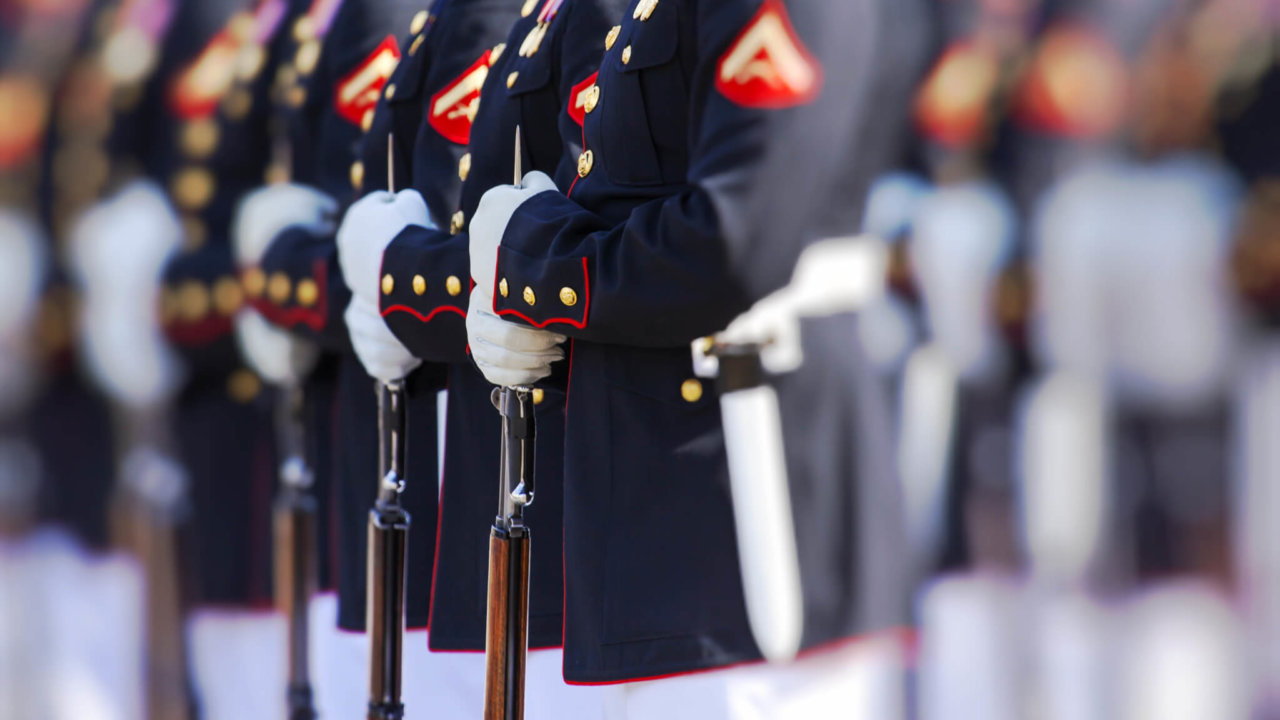 CHARLESTON, SC – It was a happy ending to a possibly tragic story today when a Marine Recon platoon from the 5th Reconnaissance Battalion was found alive today, two weeks after being reported missing. They were healthy although dehydrated and physically exhausted. The team was on a training mission to the Francis Marion National Forest just northeast of Charleston. What was intended to be a simple three-day land navigation training mission turned into a nightmare for the recon platoon.

“We were just a day out when our GPS quit working and shortly afterwards we lost the radios. The LT was supposed to have a compass and map but he wanted to save weight in his ruck and brought a GameBoy instead,” recounted Corporal Franklin Jones who was on the fated team. “He told us it was no big deal because he had an innate sense of direction and could get us back home. Staff Sergeant McGilly didn’t seem to be so sure but the LT asked him who was wearing the bars. Staff Sergeant McGilly pretty much shut up after that.”

First Lieutenant Brian Gankleman told his part of the ordeal. “We found ourselves in a sticky situation but I led the men according to the book. I knew which way we needed to go to get out but the men just didn’t have the physical stamina to keep up with me. Eventually our rations gave out and then the water. We foraged for worms and drank our own urine. Then exposure started to set in and I knew we were at risk of hypothermia. I did what we had to do to survive.”

The team was discovered by Boy Scout Troop 45 who happened upon the group while collecting leaves for an Arbor badge. Scout Tommy Roberts was the first to stumble of the lost team. “It was really weird and kinda freaked me out when I saw them. They were all in their underwear and holding each other under tree branches. They told me they were sharing body heat to avoid hypothermia. But it didn’t make sense to me and the other Scouts because it was about two in the afternoon and it’s been unseasonably warm in South Carolina.”

Scout Chad Ahrens added more to the story. “We were really shocked to find them there. They said they were in the Francis Marion National Forest but they weren’t. We were on an outing to Magnolia Gardens and Plantation which is in Charleston on the southeast side of town. How they got all the way across Charleston is just weird. And if they would have walked an hour in any direction they would have been in town or on the banks of the Ashley River. It’s really crazy because it’s in the flightpath of the Charleston International Airport and jets go over the plantation all day long.”

Due to the heroism and skill of the Scouts, the Marine Commandant plans to issue the troop the USMC Lifesaving and Humanitarian award. “These boys are what exemplify the best of America,” said the Commandant, “and without their heroic efforts we would have lost some good Marines.”

The members of the Recon Platoon, though badly shaken, are all expected to make a full recovery. The worst injured was 1stLt. Gankelman, who had two black eyes, a knocked out front tooth, and multiple bruises on his face and upper torso.