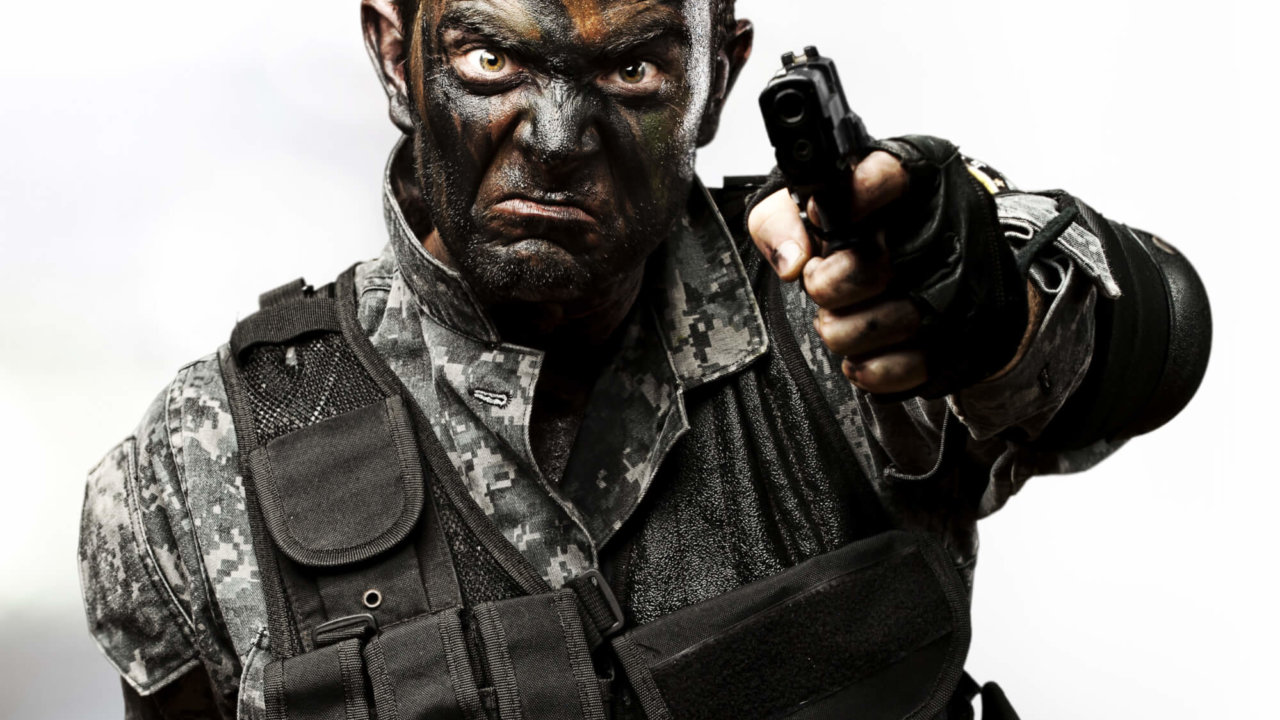 ABERDEEN PROVING GROUND, MD – The U.S. Army has struggled since its founding in 1775 to give Soldiers the kinds of field rations that they really want. But after more than 200 years of trying, the Army thinks it has finally cracked the code.

On Monday, the Army announced that it is expanding its offerings of the field rations known as “Meals Ready to Eat” or MREs, by creating a line that includes things like beer, cigarettes, pornography, and hard liquor. Known as the “Class VI” line of MREs, their arrival is eagerly anticipated by front-line Army troops in places like Afghanistan.

“In the Army, there are ten categories, or ‘classes,’ of supply,” explained Army researcher Dr. Hank Erin. “For example, Class I is food, Class V is ammunition, et cetera. Class VI is ‘personal demand’ items. This can be any number of things, hygiene items, snack food…but to most Soldiers, Class VI means ‘vice’ items, especially alcohol. In fact, when Soldiers talk about the ‘Class VI Shop’ on post, that’s always code for the ‘AAFES-run liquor store.’ Every time we talk to Soldiers about improving the MRE lineup, they always complain about the lack of Class VI. So now, in situations where Soldiers can’t make it to the Class VI Store, we bring the Class VI to them!”

After more than 200 years, the US Army is finally giving soldiers what they really want in field rations. 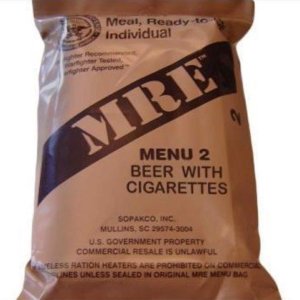 In lieu of the ubiquitous MRE Tabasco packs that are included in every MRE off of the traditional menu set, Soldiers will now receive a small pack of baked and shelled sunflower seeds. And instead of the usual toilet paper, a two-month-old copy of the Army Times will be included in every Class VI MRE.  “Vegetarian” versions of this MRE line will O’Doul’s non-alcoholic beer, nicotine gum, and Shirley Temple imitation cocktails.

Despite finally getting what they want with the new MRE lineup, junior enlisted Soldiers are still complaining. “Since the President signed us up for ten more years of war in Afghanistan, and the SEDEF is making noise about sending us back to Iraq, you’d think we’d get something better than this generic line,” complained Specialist Scott Thompson, an Army infantryman.

“I mean look, this beer comes in these little juice box thingies that you have to drink with a straw, and it’s like 2% alcohol content. You need to make that shit at least 6% to make it worth my time to carry it in the field. And who wants to drink warm beer after fighting the Taliban all day? Look, they make MRE heaters, why can’t the make MRE coolers? You know, something water-activated that cools, instead of heats, the MRE. Science, bitches!”

Responding to repeated requests for 18-year-old Laphroaig single malt, an exclusive lineup called “Officers Only” includes menu titles such as “Glenlivet and Pipe” for field grade officers and above. This is a move that will be sure to inspire indignant howls from the enlisted masses and lowly company-grade officers everywhere. Despite a strong push from the Army’s Spec-4 Mafia, “hookers and blow” did not make this year’s cut.

Yes, we know this isn’t real thing. It’s a joke…lighten up, Francis.

Editor’s Note:  This article first appeared on The Shadowblog and is re-posted here with the permission of the original author.