HomeMilitaryWest Point Kicks Well-Loved Mule Mascot To The Curb. You Won’t BELIEVE What They Chose To Replace It. 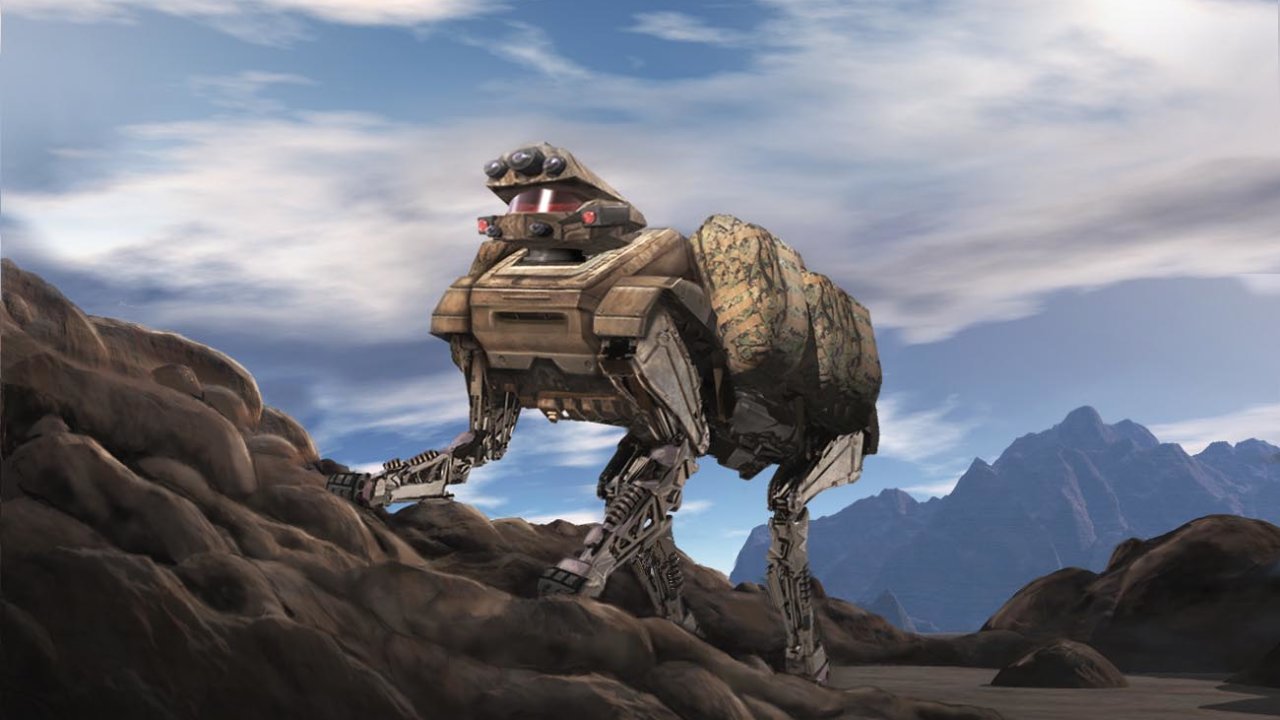 West Point Kicks Well-Loved Mule Mascot To The Curb. You Won’t BELIEVE What They Chose To Replace It
by Hugh Jashol

Forget the Pentagon’s misguided effort to ban poncho liners.  Pay no attention to the new “Class VI” line of MREs or Army’s groundbreaking work on teleportation, this just in:  the United States Military Academy is officially retiring its long-cherished mascot, the mule.

As explained in a press release made at the beginning of this month, the West Point public affairs officer, Chris Kasker, explained that long-cherished traditions have no place at the country’s oldest military academy.

“This was a tradition dating back to 1899, but tradition has no place at West Point. It stifles innovation,” he explained in an interview broadcast over West Point’s radio station, WKDT.

West Point’s Intercollegiate Athletics public affairs spokesperson Corey “BooBoo” Bear gave Article 107 News exclusive insight into the decision:  “Well, just like every other decision the Academy makes, we did it to make the football team better.  14 straight years of losing to Navy isn’t going to fix itself.”

“We began with completely re-arranging academics and summer training to accommodate football practice.  Then we had to start chipping away at every vestige of the old order:  the old motto, the Old Corps, and now, we’re finally down to the the old mascot.  This was the logical next step after we gave the Corps of Cadets the “Army West Point” logo, I don’t understand why everyone is so upset that we got rid of a dumb, smelly animal.  Truthfully, we had the worst animal mascot of all the service academies.  The Corps of Cadets should be thanking us for getting rid of it.”

“Veterans,” the name of West Point’s sole remaining mule, is due to be retired in the next few days.  In keeping with the recent trends emanating from Washington, instead of free medical care and half pay of oats for the rest of his life that all Veterans were promised when they enlisted, Veterans the Mule will be escorted to West Point’s Washington Gate, stripped of his issue saddle and bridle, and given a swift swat on the ass to send him on his way.  Not that anyone will care once he’s out of the service, but it is expected that he will live in the Camp Buckner training area, where, if it doesn’t wander into the artillery impact area or get eaten by a bear, Veterans will live out his remaining days scavenging for food, reminiscing with the other forest creatures about his life in the Army, and telling stories about how “The Corps Has” while getting stinking drunk every single day.

Below is the full, tragic story of Veterans the Mule, or you can read the truth for yourself on the official West Point Facebook Page (you might have to scroll down a bit to find the story): 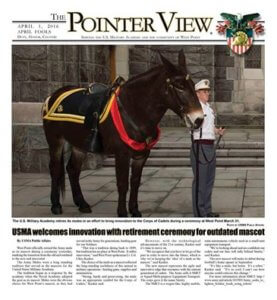 (Story credit:  West Point Public Affairs Office)
West Point officially retired the Army mule as its mascot during a ceremony yesterday, marking the transition from the old and outdated to the new and innovated.

The Army Mules were a long standing tradition that served as the mascots for the United States Military Academy. The tradition began as a response by the academy when the Naval Academy adopted the goat as its mascot. Mules were the obvious choice for West Point’s mascot, as they had served in the Army for generations, hauling gear for our Soldiers.

“This was a tradition dating back to 1899, but tradition has no place at West Point. It stifles innovation,” said West Point spokesman Lt. Col. Chris Kasker.

The choice of the mule as a mascot reflected the long-standing usefulness of this animal in military operations – hauling guns, supplies and ammunition.

“Strong, hardy and persevering, the mule was an appropriate symbol for the Corps of Cadets,” Kasker said.

However, with the technological advancements of the 21st century, Kasker said it’s time to move on.

“We recognize that you have to let go of the past in order to move into the future, which is why we’re keeping the ‘idea’ of a mule as the mascot,” said Kasker.

The new mascot represents the agile and innovative edge that resonates with the current generation of cadets. The Army calls it SMET or Squad Multi-purpose Equipment Transport. The corps gave it the name Smitty.

The SMET is a wagon-like, highly mobile, semi-autonomous vehicle used as a small-unit equipment transport.

“We’re looking ahead and are confident our cadets and our fans will rally behind Smitty,” said Kasker.

This new mascot will make its debut during football’s home opener in September.

“It’s like a mule, but better. It’s a robot,” Kasker said. “It’s so cool, I can’t see how anyone could criticize this change.”

We give full credit to the West Point Public Affairs Office for the original story which was, as you may have guessed (or seen in the top left portion of the Pointer View masthead if you bothered to actually read the original article) was an April Fools joke. Well played, ladies and gentlemen. Also, we’re actually big fans of West Point’s er… sorry we mean “Army West Point’s” football team.  And with or without the mule, we’re behind them 100%. This year is our year.