New York City mayor Bill DeBlasio  has a history of saying really dumb things, a trait that was highlighted during a Sunday talk show when His Honor repeatedly made the claim that the National Guard “is not the military.”

Well, Mr. Mayor, the National Guard most certainly *is* part of the military. So is the Reserves. They enlist in the military, they wear the military uniform, and they undergo military training. The fact that they do it part time doesn’t diminish their service.

"The National Guard is NOT the Military" NYC Mayor De Blasio

"The National Guard is NOT the Military" NYC Mayor De Blasio

Mayor DeBlasio’s comments unleashed a torrent of outrage from America’s active duty force, which normally enjoys any reason to bag on the “Weekend Warriors” and “Nasty Girls” of the National Guard. But in a surprising twist, National Guardsmen, especially those called up to support the fight against Corona inside New York City, were thrilled by the announcement. 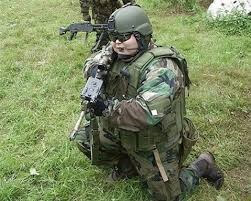 “If I’m not in the Guard that means I can just quit, right?” said Specialist Andre D’Angelo, 21, a self-styled “Barracks Lawyer” from Newburgh, NY. “You heard His Honor. If we’re not in the military, then the Uniform Code of Military Justice can’t apply. I’m out… this corona shit can kiss my ass.” 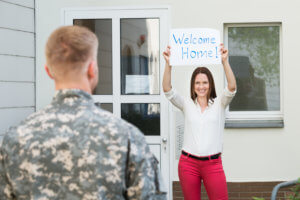 Mrs. Amy Dependish welcomes home her husband, a Sergeant in the New York Army National Guard, after learning he was mistakenly activated for military service as a non-military soldier.

Many National Guard soldiers we spoke to shared their fear of contracting COVID-19 will providing support to hard-hit New York City, and were more than happy to head home after Mayor DeBlasio’s announcement.

The summary departure of every member of the National Guard from New York City after the NYC mayor’s “They’re not the military” remarks didn’t seem to surprise Mayor DeBlaiso. After all, it’s not the first time that uniformed public servants in New York City turned their backs on “Hizzoner.”

While Mayor DeBlasio did, in fact, make the idiotic comment that the National Guard “isn’t the military,” all of our Guardsmen supporting the COVID crisis management in New York are still doing their jobs.  They, and the thousands of men and women in hospitals, grocery stores, gas stations, take care of our trash, and handle all other manner of essential functions for us around the country that are keeping us safe, fed, fueled, and healthy, have earned our gratitude.  THANK YOU.