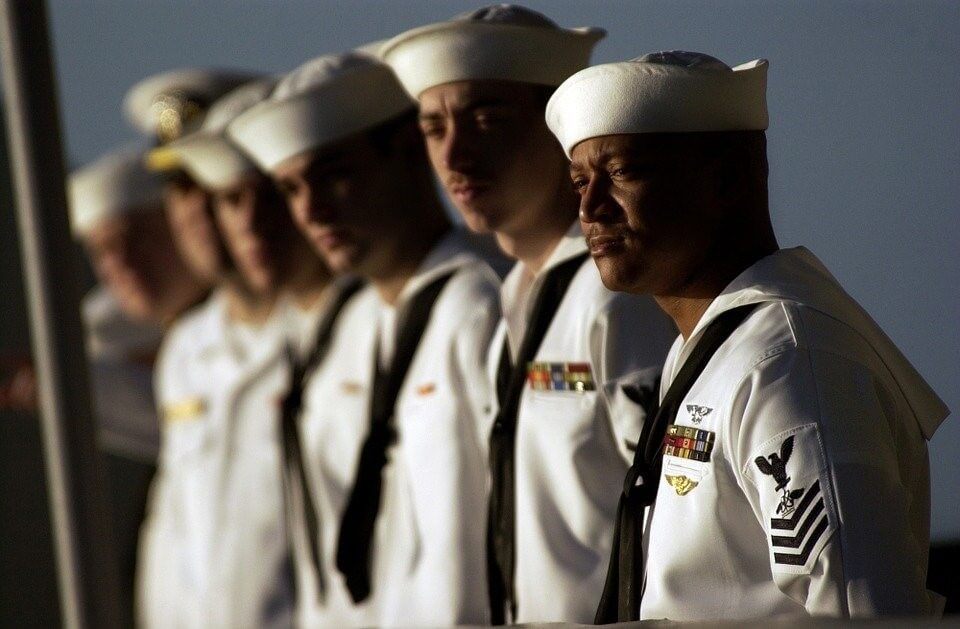 The Summit was called to order at 1000 hrs (1800Z) by the Chair, Vice Admiral Rockford (Boom-Boom) McKay, NAVCOMLANTSUPFORMORACHOW, who also gave the opening remarks.

VADM McKay: Welcome everyone. Well looking around the room I don’t see any ladies so that’s good because it means we can keep our tradition. Sergeant at Arms, please secure all the doors. Now – pants off! Just so you newbies know, we do this because…well we really don’t know. The Navy is all about traditions and this meeting has always been sans-pants and we aren’t about to break a tradition that started four years ago.

Yikes! Sergeant at Arms, get that Marine over there a towel. Sir, the meeting agenda you were sent months ago specifically stated that all attendees were to wear underwear! Jeez, some people!

As all of you know, all the branches of the military have been struggling with low morale in the enlisted ranks. This Summit is the culmination of a two-year long process in which each branch has brainstormed with their brightest minds to come up with solutions. Over the next few hours we will hear from each service as to what they plan to do. The hop is, this will create cross-pollenization, resulting in synergistic collaborative paradigm-shifts. So without further ado we will hear from our first panelist and he can introduce himself.

BG Hardington, USA: Thank you Admiral McKay. I’m Brigadier General Rock (Plushie) Hardington, and I command the U.S. Army Morale Welfare and Recreation Command. We were tasked  because my commander saw the word “Morale” in the name of my Command and directed that I take command of this effort. Through extensive study, and the expenditure of more than $2.5B, we have decided to improve morale by sending as many people as possible on TDY to Air Force bases. We are also going to stock towels in the gyms which will cut down on toilet paper use. We are also remodeling all the Officers Clubs and officer housing areas. Enlisted housing areas are being improved by providing every house a new trash can. Thank you.

RADM Slowjack, USCG: Hello everyone. I’m Coast Guard Rear Admiral Percy (Edge) Slowjack. And yes my call-sign means what you think it does, so let’s just get that out of the way. Anyways, I’m pretty embarrassed since I just found out this morning that the Coast Guard is no longer part of the DoD so I really shouldn’t be here. When did this happen? Was it just recently? Well in any case we don’t really have morale problems in the Coast Guard but continue to improve things for our people. We hire additional people to reduce work hours, we cull out bad leaders before they get started, we honestly listen to our people regardless of their rank, we educate them, give them the tools and equipment they need, and are constantly improving quality of life. But none of these are new to the Coast Guard so I guess my input won’t be very helpful. Thanks for your attention.

MajGen Flassid, USMC: For those who don’t know me, I’m Major General Bull (IloveChestyPuller) Flassid USMC, and I command a bunch of stuff. But I’d like to apologize for my lack of underwear. The agenda was not written in crayon so my Aide-De-Camp couldn’t read it very well and in a few minutes you may hear some gunshots as my Exec executes punishment. Oohrah! In my beloved Marine Corps we do not have morale issues. Oohrah! We don’t issue it because it just gets in the way of killing. Oohrah! And if any of my people attempt to have feelings then The Corps will beat it out of them. Oohrah! All of you are just a bunch of pussies for even thinking about this. Why don’t you get rid of your ovaries and tell your wife you are getting your balls back out of the freezer where she put them when she cut them off! Oohrah! Thanks. Oohrah! 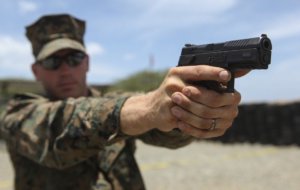 RADM Rimmerson, USN: Good morning! I’m Rear Admiral Lance (Boytoy) Rimmerson, USN and I’m NAVBUPERSCINCCOMPACLANTMEDARCAFREURNASAASIA. Truthfully I don’t know what that is but my wife says we are important. The Navy has a long tradition of improving morale. For example – we commissioned the Village People to write and produce their hit song, “In the Navy” which was wildly popular with Seamen and attracted many new recruits who fit well with the Navy lifestyle. Something about that song really resonated with them. And then we did the “Top Gun” documentary and to this day we play the song “Danger Zone” over the ships 1MC when people start feeling blue. But our new plan to improve morale is ground breaking. It seems that when sailors finish a cruise they come home and find out that their spouse or significant other has been unfaithful while they were away for six months. Of course this makes them sad. So now we will fix that by offering them two choices. One, they stay at sea for their whole enlistment, or two, they bring their families with them on the ship. In either case the sailors should be much happier. That is all.

Maj Gen Jagermeister, USAF: Greetings all! I’m Major General Fritz (Chuck) Jagermeister III and I run the Air Force Combat Readiness Command. Did anyone notice how bad the bathrobes and toilet paper are in this hotel? The bathrobe in my room is only domestic cotton and the toilet paper is only two-ply. Plus there was no bidet. I’m not used to these austere living conditions and believe you me, this place will be lucky to get a two-star TripAdvisor review from me. Oh haha! I made a joke because I’m a two-star General. But back to the subject at hand. The USAF conducted multiple climate surveys of the Officer Corps and discovered that morale in the Air Force is “Pretty Darn Good.” Our officers are very happy and things couldn’t be better. All the stats flowing up from that bottom of the command pyramid all look better than ever. Planes are flying, parts are flowing and bombs are dropping. And our YouTube channel has videos that go viral on an almost weekly basis. The NORKS are scared of us as are the Russkies and all you other services are jealous of us because we look so good and can win wars all by ourselves. Plus we can live in a luxury resort while doing it. So don’t be hatin’. The General then struggled with the podium microphone, eventually ripping it out of the mount. He then extended his arm horizontally, dropped the microphone and shouted “Deuces!” before exiting the room. 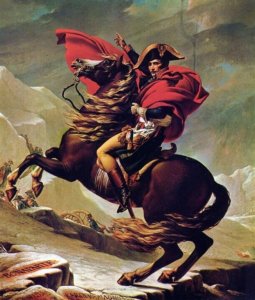 MG Jagermeister, pictured above, seen leaving the casino on a grey Arabian stallion.