Last week the SecDef issued a stunning new policy which will no doubt exponentially improve combat readiness across all branches and ranks of the DoD. This sweeping change will make the military components of the United States the most lethal fighting forces ever known.

Who knew that specifying what flags were authorized for display on military installations would have such an astronomical impact?

Soldiers, Sailors, Airmen, and Marines embraced the directive with glee and were seen removing unauthorized flags, banners, and stickers form workspaces, dormitory walls and personal vehicles with glee. Spontaneous bonfires lit up at military bases all over the world and were fueled by the offensive banners. Parties then broke out which went long into the next day.

This SecDef will go down in history as being one of the most effective in history, right along with Robert McNamara.

On a related note, sales of Confederate and Gadsen flags, and similar-themed underwear have skyrocketed. The underwear is unique in that from the outside they appear solid-colored but have the flag image printed on the inside.

The SecDef is considering a pre-emptive strike to have Senior NCOs and Officers begin a systematic underwear inspection program. All troops will fall in for open ranks inspections at the beginning and end of each duty day. Base Commanders will be tasked to inspect Senior NCOs and Officers. The Pentagon will inspect Base Commanders twice a day via Zoom.

It’s been reported to me by my inside source, “Deep Throat” that when someone asked about how females will be inspected, the SecDef’s eyes went wide: “We have women in the military?”

Because the last thing we want our military to do is offend somebody. 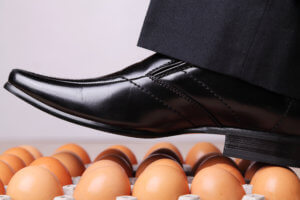