Professional rabble-rouser and one-time serious political contender Jill Stein is back in the spotlight again after Army’s upset victory over Navy in the annual Army/Navy football game, which Army won convincingly yesterday with a score of 21-15.* 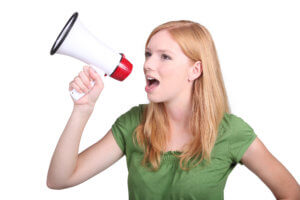 “Look, everyone knows that Navy was supposed to win this game.  Navy is ALWAYS supposed to win,” she explained.  “With the Army out there, you know, fighting all the wars for the last 15 years and the Navy just floating around in their boats or whatever, it’s only natural that Navy has more time to play with balls and get captured by the Iranians.”

“There’s no way Army could have beat Navy on their own.  Army may have won the electoral score, but they are way, way behind in the popular score.  I’m hoping that if we can get some of the game electors to change their votes, we can still give Navy the victory the nation needs right now.  And that’s why I’m officially demanding a recount.”

Stein insists that “this is what’s good for America,” and that this is in no way about the money, despite the fact that she raised more money for a Clinton recount than she raised for her own election.  She also told Article 107 News that she suspected “dark forces” were at work during the game:

“First of all, Trump was there at the game, so you know the Russians were involved,” she added conspiratorially.  “I heard the Russians wanted Army to win, and they leaked negative information about Navy, like them backing out of this year’s Army/Navy Boxing Classic.”

In a post-victory press release issued by West Point, Army head coach Jeff Monken addressed the recount controversy head on, saying that he expects the recount to uncover scores of undocumented Air Force players who illegally scored points for Navy.

We reached out to Army for comment, but they said they are too busy fighting the wars in Iraq, Syria, Afghanistan and preparing for their bowl game to respond to Article 107 News.

Maybe after next year’s victory.