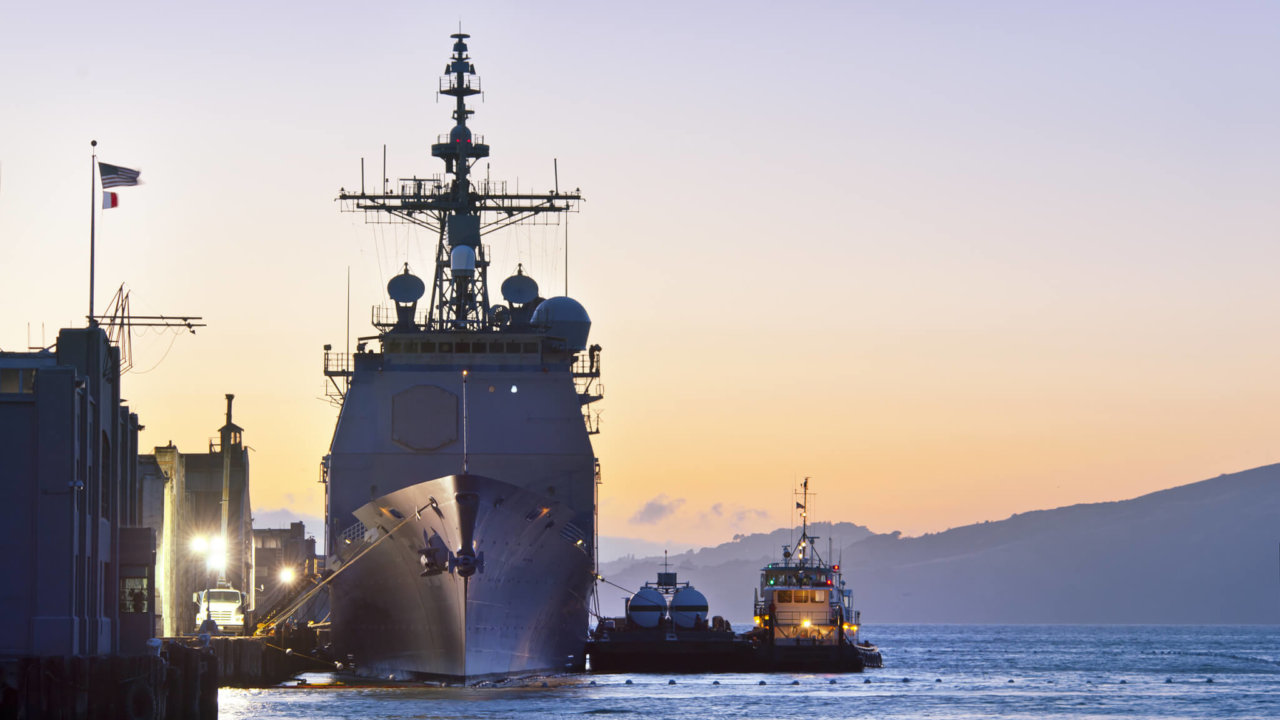 This article first appeared in 2015.

U.S. NAVY TASK FORCE 76 (SASEBO, JAPAN) – Rear Admiral William (Willy) Lancealot Johnson addressed the fleet today regarding recent news reports from Capitol Hill. It was broadcast was live throughout all the compartments of the ships in the Task Force.

“I am very concerned about the current furor on Capitol Hill regarding sea castration. I want to assure all of you, and your families on shore, that I am not, repeat, not, a proponent of sea castration. The House and the Senate keep talking about it like it’s going to happen due to the defense budget. But I’m here to say, ‘Not on my watch!’ Sea castration was a disciplinary tool from days gone by, and the last one I remember was way back in 2013.”

Article 107 News followed up later with a call to Walter Reed National Military Medical Center in Bethesda, MD and spoke with Chief Urologist Lt. Commander Richard Long regarding the accident. “Yes there was that unfortunate prop shaft incident in the engineering spaces of the U.S.S. Palomino last year, but Machinist Mate 2nd Class Dobbins is mostly recovered. We think he’s learned that pretending to bronco bust a turning prop shaft is just not appropriate horseplay.”

RADM Johnson continued, “I just want everyone to know that I have the ‘cajones’ to stand up to the politicians and protect my Seamen. I will care for every Seaman under me like they were a part of my own DNA.  I will carry them with me, in a sack, from now till the end of time.”

Article 107 News, pointed out to RADM Johnson that there were also females in the Navy and asked how he felt about them.

“Not in my Navy! It’s a man’s Navy. Although I must admit that women are nice to have around on Cabaret Night because, honestly, Marines are crappy dance partners. They always want to lead! Now if you will excuse me I have a Task force to command. Exec, get some subs assigned to escort us. I like the way they are shaped. Nav, plot a course for Pen island. That will be our next liberty call.”

A stunned silence fell over the bridge, so much so that the crew stopped texting in mid-message. Even the nearby gulls were frozen in mid-air and mid-squawk.  Some even later stated that they thought the ship had actually shuddered.

Hesitatingly the Nav stuttered out, “Ss..Sir, Pen island? But you know that when the Chiefs were telling you about that place they were just prank….”

It a fit of rage, Johnson pointed stiffly at the Nav and exploded, “Don’t argue with me!! We are going to Pen island and everyone is coming with me! You reporters are dismissed. Go to the Chiefs Mess and have a beverage.”

The Article 107 News crew headed to the “Goat Locker” (Chiefs Mess) but couldn’t go in because it was closed for cleaning. We asked a young sailor working behind the rope when he thought they would be done. “Well sir we don’t know. It’s the strangest thing. It’s like all the Chiefs spewed their coffee on the bulkheads all at the same time during the Admiral’s speech and this Navy coffee is like molasses. It’s stuck on there real good. You might ask one of the Chiefs when they come back but right now they are all changing uniforms.”