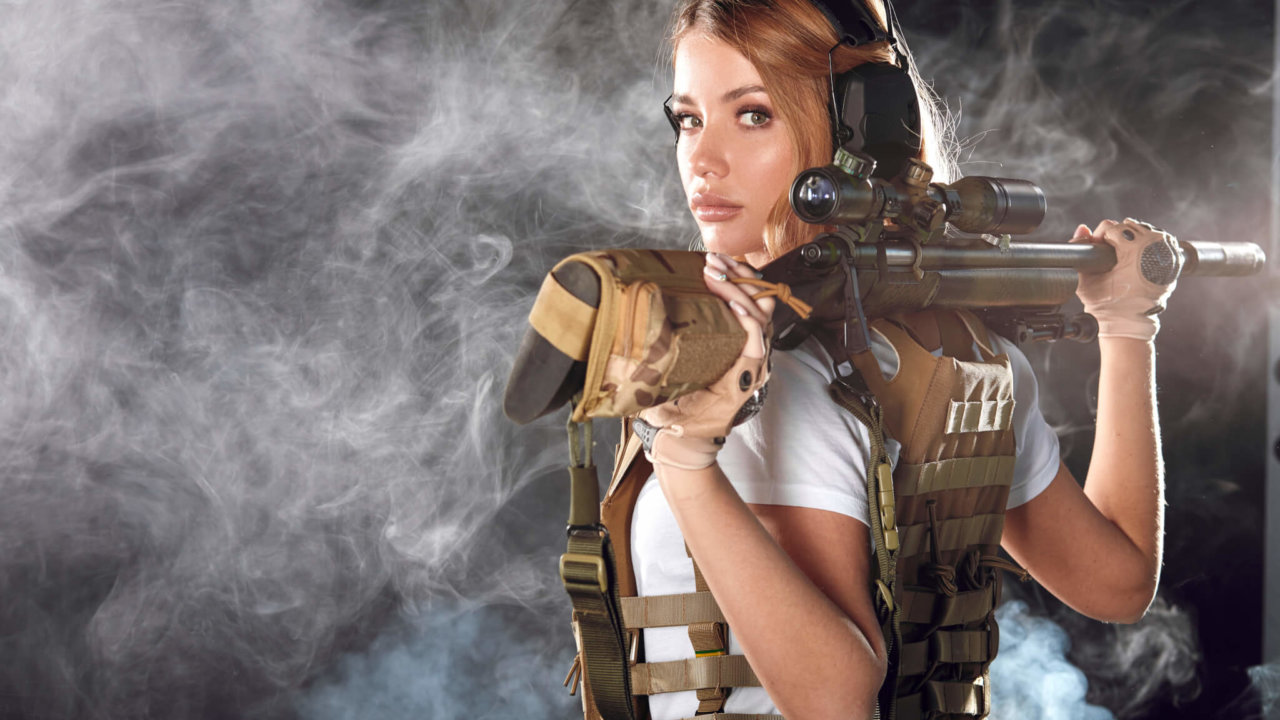 While the Army has recently made huge strides in improving job prospects for women and has taken steps to combat a sexual assault crisis in its ranks, a new, even more insidious problem has recently been identified. “Attractive women are a distraction, a liability even,” said Colonel Lynette Carparts, the officer in charge of the Army’s groundbreaking study on the impact the integration of female Soldiers into combat arms specialties.

“In general, ugly women are perceived as competent while pretty women are perceived as having used their looks to get ahead,” she said. “So, instead of confronting this perception head-on like we should, we’re going to stop showing pictures of attractive women in recruiting brochures, public affairs releases, and so forth, so the American public doesn’t get the wrong idea. And the best way to do that, of course, is to simply not have attractive women in the Army. In fact, it might behoove us to select more average-looking women.”

Based on COL Carparts’ recommendations and President Trump’s plan to “Make the Army Gendered Again” (MAGA), the Army created a program called “No Highly Observable Trainees, Contractors, or Habitués In Camouflage,” known (because of its Army acronym) as the “No HOTCHiC policy.” In order to satisfy the new “No HOTCHiC” requirements, the Pentagon recently issued guidance that from now on, Army recruiters will have to utilize an ‘attractiveness quotient’ when evaluating potential female enlistees.  Those who score above a certain cutoff will be denied enlistment.

Those female service members deemed ‘attractive’ who are already in the force will be expected to take measures to reduce their level of attractiveness to an appropriate level or face severe consequences, up to and including involuntary separation or forced transfer to a different armed service.

“If a prospective recruit is a 6 or above on a scale of 1 to 10, you thank them for their desire to serve, and hand them a Peace Corps application,” said Sergeant First Class Ima Brumilda, the Pentagon’s spokesperson for No HOTCHiC Compliance. “If you have no HOTCHiCs in your unit, or better yet if you’re all male, keep it that way,” Brumilda advised. “If you already have a HOTCHiC in your unit, then you start the paperwork to send her over to the Air Force, where she belongs!”

The new policy is creating havoc in the Army’s efforts to recruit highly qualified women. “Aren’t we supposed to be concentrating on other things than the way our female troops look, like…I don’t know…competency?” asked one seasoned Army recruiter. “Besides, this ‘1-to-10’ scale of arbitrarily judging and objectifying women confuses me. I prefer the ‘binary’ model of ones and zeros. I’d either hit it, in which case she rates a ‘1,’ or I wouldn’t, in which case she rates a ‘0.’ There’s no need for a quotient or even for the numbers 2-10. And depending how long I’ve been deployed, it’s even more simple: ‘is it female, or not?’”

Another recruiter we spoke to echoed his concerns. “There are more problems with this new policy than there are with the “Muslim ban” and the F-35 fighter put together. The main issue is that the sliding scale is too arbitrary. We’ve already seen recruiters allow in women that are clearly an 8 or better, just to meet the recruiting quota for the month. And what the hell is a “Habitué” anyway? Doesn’t anyone at the Pentagon speak plain English anymore?”

Pentagon brass rushed to quell concerns related to HOTCHiC personnel already deployed to Iraq and Afghanistan. “Being a ‘Deployment 10’ will not result in automatic separation, as long as the female Soldier reverts back to a 5 or less upon returning CONUS, which most of them already do,” said General Raymond O’deerno, the Army Chief of Staff. “Rest assured, if you are downrange and you like the female Soldiers you have, you may keep your female Soldiers.”

But the new policy does not sit well with the Army’s female Soldiers either. “This is crap. How about we judge our female troops on the way they do their jobs, not the way they look while they do it?” one anonymous young officer, clearly a HOTCHiC, asked. “Just when we start to get on an even playing field with our male counterparts, some ass monkey comes along and makes a policy like this. And consider the double standard: I have to work with attractive men all day long, and no one bats an eye. But because someone finds me attractive, I suddenly have to look for a new job?”  she asked rhetorically. “Look around- there are HOTCHiCs in all of the Armed Services. What’s going to happen to all of them if this policy spreads?”

Senator Kathleen Hillerbread (D, NY), a frequent critic of the Army’s management of a sexual assault epidemic within its ranks, took time off from her usual military-bashing to offer a rare compliment to the Army. “I fully support ‘No HOTCHiCs’ in the Army,” she said. “I applaud the Army’s efforts to combat the serious issues of sexual assault by ignoring the problem completely and focusing on perceptions. Besides, this policy will totally help with the whole sexual assault/sexual harassment issue. If all of our women are ugly, no one will ever assault, harass, or even hit on any of them, right? Right. Problem solved, problem staying solved,” she said proudly.

In an effort to ensure gender equality and to meet personnel reduction goals, the Pentagon is considering expanding No HOTCHiC by adding a comparable policy for men. In addition to reducing the amount of attractive females, the Army is reducing the number of attractive males. So any Army field grade officer who is over 6 feet tall, has hair, and actually meets height/weight standards and can pass a PT test is also going to be removed…which has many colonels and above in the Pentagon breathing a sigh of relief. “Thank God for that Burger King stand on Bagram (Afghanistan)” said one colonel, patting his not inconsiderable abdomen.

So in a typically unoriginal move, the Army is pairing its “No HOTCHiCs” policy with a policy of “No REAL Men,” and idea that has gathered a lot of support from the political left. “Really Energetic, Athletic, or Limber (REAL) Men have to go too,” added Senator Hillerbread. “It’s really all about equality.”

Unsurprisingly, the Special Operations Command is firmly and vigorously resisting both “No HOTCHiC” and “No REAL Men.”  The commander of SOCOM, Admiral Bill McFalcon, had this to say:

“At SOCOM, we will continue to have Really Energetic, Athletic, and Limber (REAL) Men. Perhaps the only REAL men left in the military. Additionally, our female operators and support personnel have proven time and time again that you can be attractive, AND be good at your job, AND not be a distraction from the mission. So if the Army doesn’t want their HOTCHiCs, we’ll take them,” McRaven explained, cracking open a can of Rip It energy drink.

“Pretty soon we’ll have No HOTCHiCs and No REAL Men left in the Army,” Pentagon spokesman George L’tel exclaimed excitedly in a news conference this afternoon. “And after we’re done with this latest round of socially experimenting with the Army, perhaps we can expand it to all of the services. After all, that’s what the military is for, right?”

Sexual assault and sexual harassment are not funny, neither is discrimination against women. But satire is a good way to get these and other issues out into the open and to have a meaningful dialogue about them. Let me put it to you like this: if we wrote a “sexual assault is bad, m’kay?” article in Havok Journal, almost no one would read it. By presenting it in this manner through Art107, I guarantee it gets 10,000+ shares and people start talking about these important issues. In the comments section, feel free to share your experiences with sexual harassment, sexual assault, and gender discrimination as well as your ideas for combating them.

Editor’s Note: This article first appeared on The Shadowblog and is re-posted here with the permission of the original author.