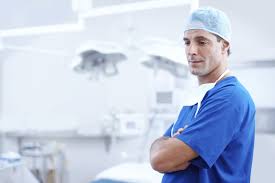 Tricare Agrees To Pay for Penis Enlargements
by Connie Linguist

FT. BRAGG, NC – “It’s madness, just pure madness!” cried Dawn Ranged, a frazzled military spouse and Scentsy Consultant. “We got here at three a.m. and just look, we’ll never even get seen today!” She angrily puffed on her Swarovski encrusted vaporizer while pointing to the line ahead with her free hand. Beside her, stood her husband, Staff Sergeant D. Ranged. His attention focused on the battered cell phone in his hand. He sighed and shifted his weight from one foot to the other as he watched YouTube videos.

Dawn and her husband stood inside one of the lower hallways of Womack Army Medical Center, in a line of thousands that flowed out of the building, spilling out into the parking lot.

Theirs was a scene that incessantly repeated. The line that began inside the medical center was made up of spouses and their service members, who were waiting to be seen by a Tricare representative. Unsupervised children ran in packs up and down the hallways and in and out of rooms, dodging the knife hands and angry grunts of the retired veteran volunteers who were attempting to deliver burnt coffee, day-old newspapers, and repetitive one-sided conversations about the “good old days” to other parts of the hospital.

Spouses like Dawn and her friend, Miso Strumpet, another waiting spouse with their service member, talked excitedly amongst themselves when they weren’t complaining about the wait time. Their service members stood quietly, most held their heads down, a few even cried silently as they waited. Out of respect, the retired volunteers did not attempt conversation with the active duty service members.

“It’s best to let a man mourn in peace,” retired Senior Chief Jack Harding said as he glared at an errant child who interrupted our conversation by snatching a cup of cold coffee off of the tray he was pushing. “It’s a shame if you ask me. A crying shame. Tricare ain’t got no ******* business involving themselves in a man’s manhood.”

The rowdy agreeing cheer that began in the line behind us was quickly shut down by steely-eyed glances from the spouses.

Only a mere 24 hours ago, Tricare authorized penile enlargements to any male whose current length and/or girth was unsatisfactory to their spouses or any male service member who felt as if they weren’t given the same opportunity as other males.

Article 107 News was able to sit down with Tricare representative, Mandy Handler, as she took a break from measuring male genitalia with a wooden ruler and a rubber band. “From our understanding,” she began as she rubbed her wrists with Bengay, “it started with Private Dingle. When he arrived at the 82nd he happened to go to the latrine at the same time as Sgt. Schlonger. It was one thing for Private Dingle to not have his combat patch like Sgt. Schlonger, it was another thing to look over and see that Private Dingle didn’t dangle quite as long as Sgt. Schlonger.”

“Private Dingle made such a fuss,” Miss Handler continued, “that Commander Cullions didn’t have a choice but to make a hard thrust and make sure that everyone was treated all the same. So now no one can wear their combat patch and everyone’s an equal wiener, er, I mean winner.” Mandy Handler corrected with a sigh. “It’s been a rather long day and filled with short comings.”

While the majority of the service members waiting to be measured by Miss Handler were brought reluctantly by their respective spouses, a few happily hummed as they waited in line.

“I’m excited,” said PFC Johnson as he squeezed his wife’s hand, “I’m really excited. All my life I’ve been a bit on the short side,” said the six-foot-tall service member with a wink, “so I had to work harder and be more attentive. Now I can be just like everyone else. Isn’t that just great dear?” He asked his wife, who looked longer in the mouth than many of the other service members.

“It’s fantastic babe,” his wife, Anita replied before quietly adding to me, “I married him because he worked to prove himself. At home, at work, in life. Now he’s just going to be another big dick with nothing to offer just so he can be like everyone else.”

Don’t be so quick to dismiss this proposal – we think it has huge potential for growth.